A Job, a Gerbil, and The Second City 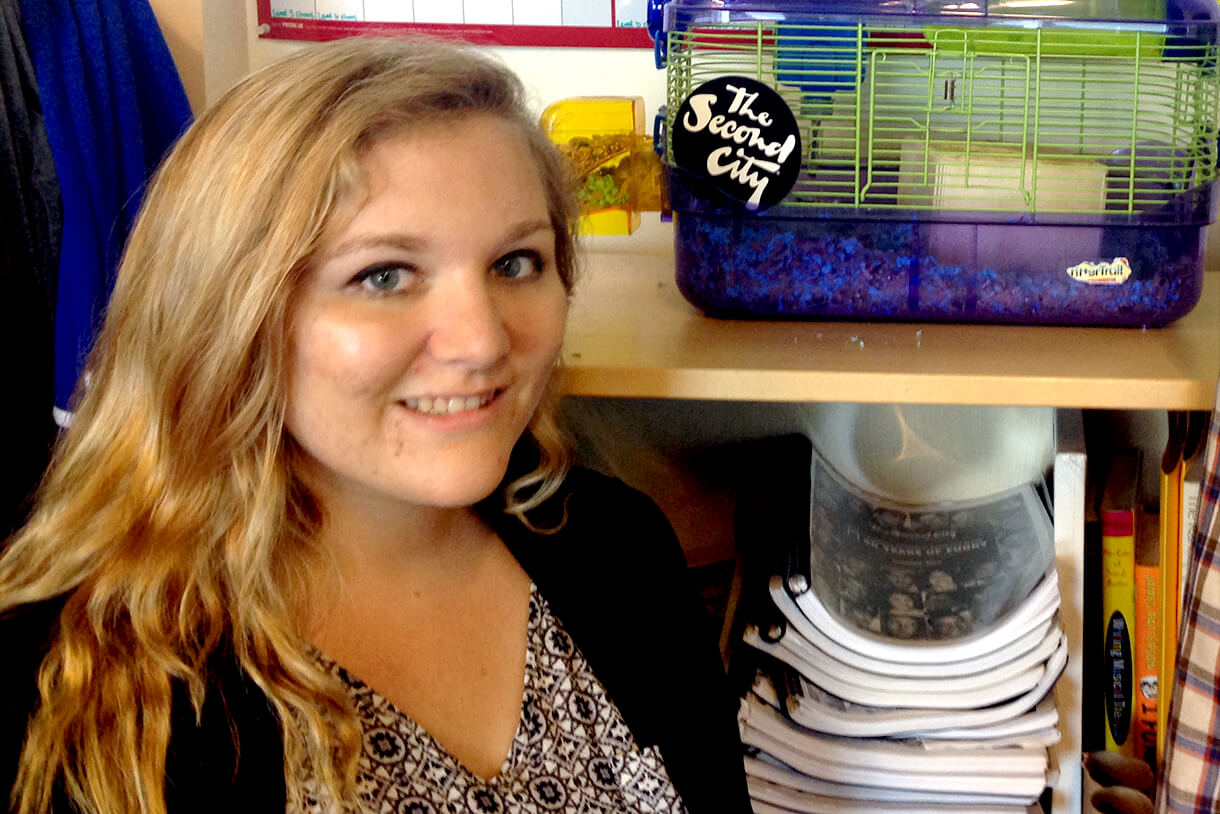 How did you get the internship?

I got the internship by applying for it in the spring. I sent in all the material they requested and then after a few months of waiting I got an email asking if I could come in for an interview. A week later they told me I was picked by two producers to be their intern for the summer.

How many interns does Second City take each summer?

Out of 300 applicants, The Second City usually takes 4 to 5 interns every summer.

There really is no typical day at The Second City. I've had days where I've seen shows or have sat in on rehearsals and done things for the stage manager like going to the prop closet, picking up tee shirts, or taking notes. I've had days where I've had to fold what seems like a million programs, print more, and cut them up. I've copied and read scripts, filled out expense reports, gone to meetings about their different assets, and have done research projects. No one day is ever the same which is why working there is so amazing and exciting. My first day here I had to do a scavenger hunt which included finding a gerbil and sending a fax. Every day is exciting because working for a theatre company like The Second City is never boring.

What was the gerbil used for?

The gerbil was a gerbil...a literal gerbil. We had to find him in the scavenger hunt on the first day just as a fun thing on the checklist. His name is Fanboy. (See picture.)

What’s the hardest thing about the internship?

The hardest thing about it is folding all the programs they need for their shows. We usually print out 500-1000 programs a week and all the interns have to pitch in with folding them if we have extra time or if our individual bosses are busy. Learning how to use a paper cutter without screwing up 50 programs is definitely a challenge as well as making sure everything is in alphabetical order when folding. It's my least favorite part of the job which is why it's hard for me to do. However, once you get into the rhythm of it, you can fold 1000 programs without even realizing you did it. You have to beware of paper cuts.

What was the most surprising thing you l earned about the “real world?”

The most surprising thing I learned about the “real world" is that it can be just as creative as being in college, especially at an arts school. Sure, they have to do paperwork and run the company, but that can be fascinating too. My bosses have really interesting and fun jobs and it gives me a lot of hope that I could be happy in a career like theirs.

Do interns go on to other positions at The Second City?

Some interns have come back after college and they work for producers like we do but have their own responsibilities as well.

Would you do it again?

I would definitely do this again and I highly recommend this experience to anyone who wants to do it.