The Musicology of Rosita Sands 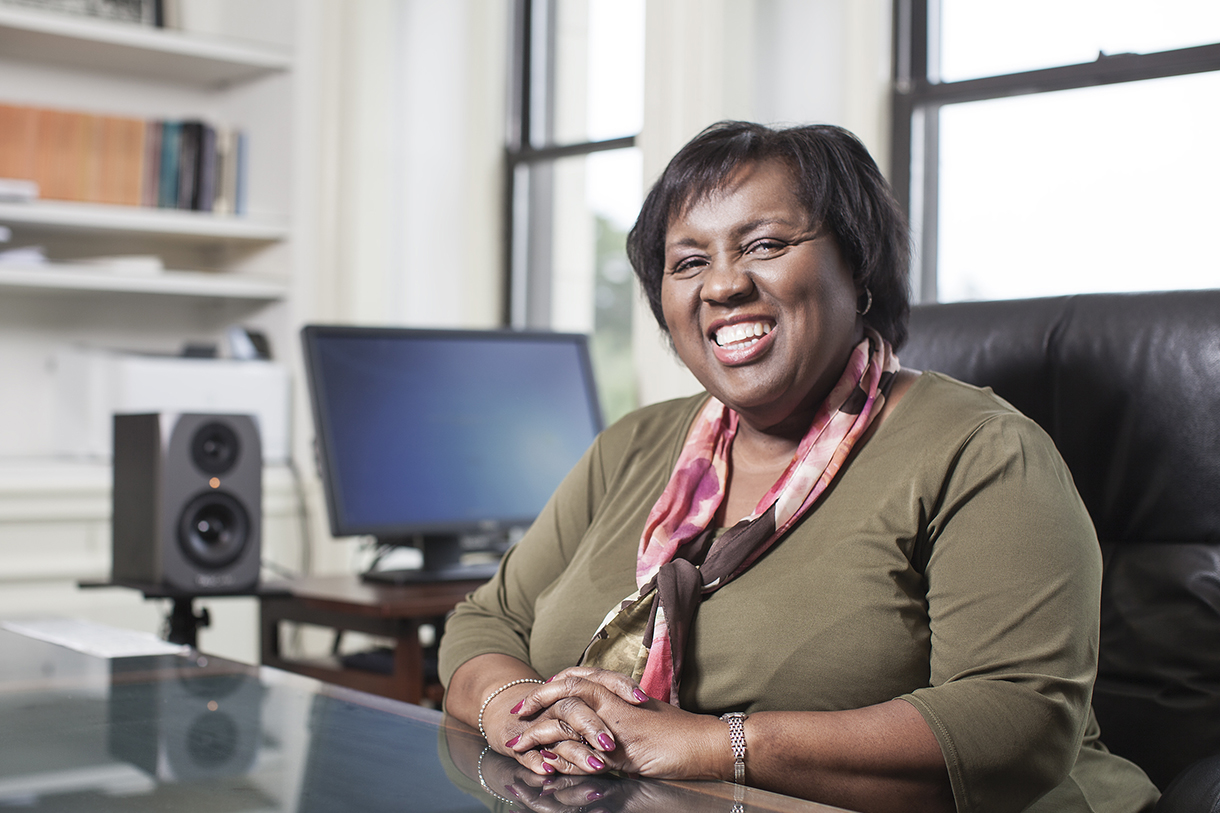 Many of us already know of Dr. Rosita Sands’ appointment as the new Chair of the Music Department. But Dr. Sands’ career thus far is an inspiration and testament to a life dedicated to music and education. Here, Dr. Sands tells The Q about it in her own words.

“Music saved me that year.”
I come from a musical family. My mother was our church pianist and I have been involved in music since beginning piano lessons as a child with one of the best-loved piano teachers in my hometown of Key West, Florida.

The year I was entering the 6th grade, my school, named after abolitionist Frederick Douglass, was closed and all of its students were dispersed to other schools as a result of the landmark Brown vs. the Board of Education Supreme Court decision. Though it had been in effect for well over a dozen years, it was being implemented at a very slow pace in the southern states. The white school I was transferred to happened to have a string orchestra, so when I showed up, already knowing how to play the clarinet, I joined the orchestra as the only wind player among all the strings, and one of a small number of black students who also joined. In many ways, music saved me that year by easing my transition into this new school setting and environment.

Following graduation, the decision to pursue a degree in music education was largely a result of the strong influence and mentorship of two of my high school band directors. It was during my senior year at Florida State University that I enrolled in an elective course in Afro-American music that opened up the world of ethnomusicology to me. It was the first time that the body of music originated by African Americans was validated and it became the inspiration for my dissertation on “The Pedagogy of Afro-American Music,” which I completed for my doctoral degree in Music Education at Teachers College, Columbia University.

16 years of service
I’ve been here at Columbia for 16 years. I left a tenured, full professor position at the University of Massachusetts-Lowell, where I served as the Coordinator of Music Education, to accept the offer of serving as an associate director of the Center for Black Music Research (CBMR), at the invitation of, and under the leadership and mentorship of the late, Dr. Samuel A. Floyd, Jr. I later served as director for four years, following Dr. Floyd’s retirement. I really knew nothing about Columbia, except the fact that the CBMR was here. I knew the CBMR because of its stellar, international reputation as the preeminent source of information on the black musical experience. I had attended a couple of its conferences, joined its associate membership program, and two of my articles were published in its scholarly journal, the Black Music Research Journal. I had also been an invited participant and presenter in roundtable discussions that were a component of the Center’s grant for an Inter-arts Inquiry project.

Expanding the sonic palette
I moved from the CBMR to a faculty position in the Music Department in 2007, following my tenure as associate director and director of the CBMR and its remote site in the Virgin Islands, where our work on Caribbean music research was based.

This year, I am providing interim leadership for the CBMR as it launches a search for a new Director, a position that will carry a dual appointment as faculty in the Music Department. As we move forward with the search for a new director, I see enormous potential and a myriad of possibilities for connecting the CBMR with Music faculty and students in ways that support curriculum, pedagogy, repertoire, and scholarship. My colleagues and I see this as invaluable for expanding the sonic palette of musics* that serve as inspiration for our students’ study and work and also for contributing to their deeper understanding of the aesthetic, socio-cultural, and historical roots of musics that have evolved out of the black cultural experience and into contemporary forms of American music.

Orchestrating Change
My immediate goals are to continue to provide leadership in the Strategic Planning process and to support my colleagues’ efforts towards realizing the department’s mission and a collective vision for educating musicians in a 21st century world. I was the Interim Chair during Year One of the Strategic Plan and it was remarkable to experience the depth of thoughtful discussion that took place as the faculty wrestled with how to best transform the department’s curriculum and, at the same time, address the challenges we faced.

*Musics is used in ethnomusicology parlance as a means of acknowledging that there is no one music, explains Sands. Instead, various cultures define music differently and what might aesthetically sound like music in one culture may actually serve a variety of specific functions that are not connected to art or aesthetics.