The World is Watching: Ai Weiwei at the MoCP 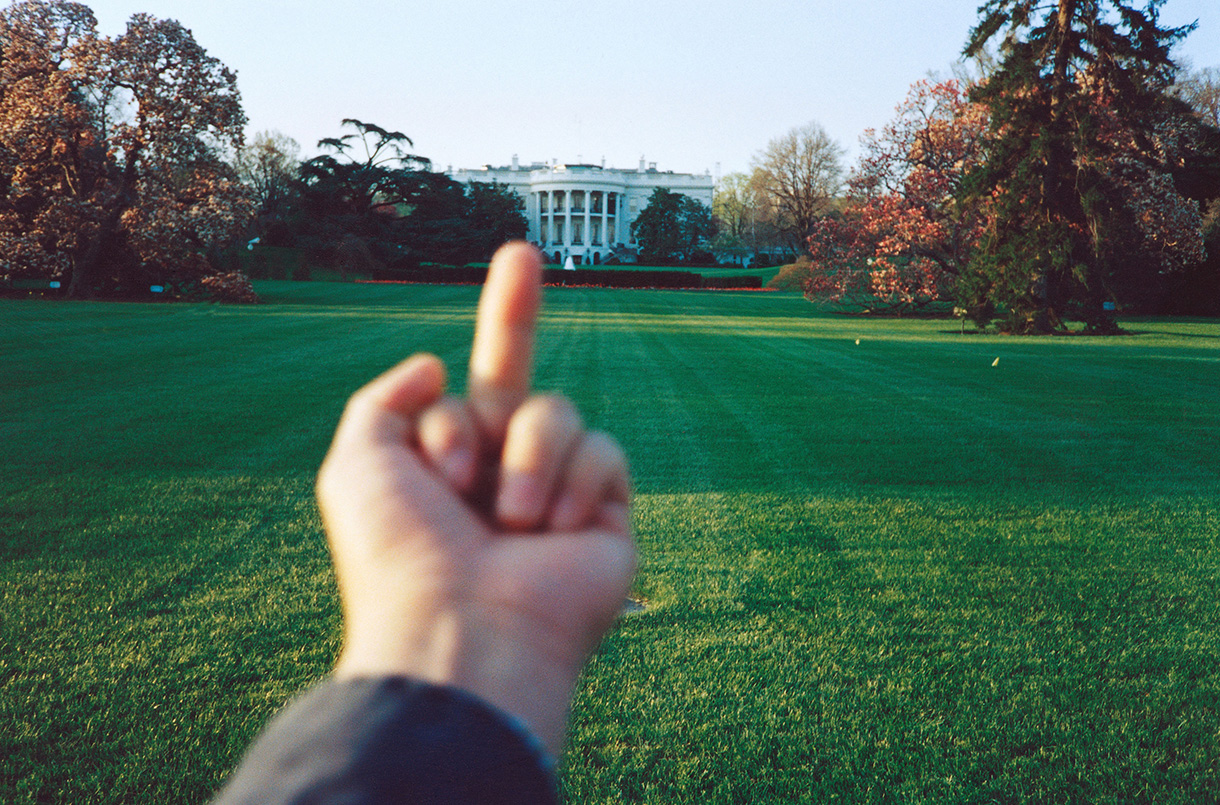 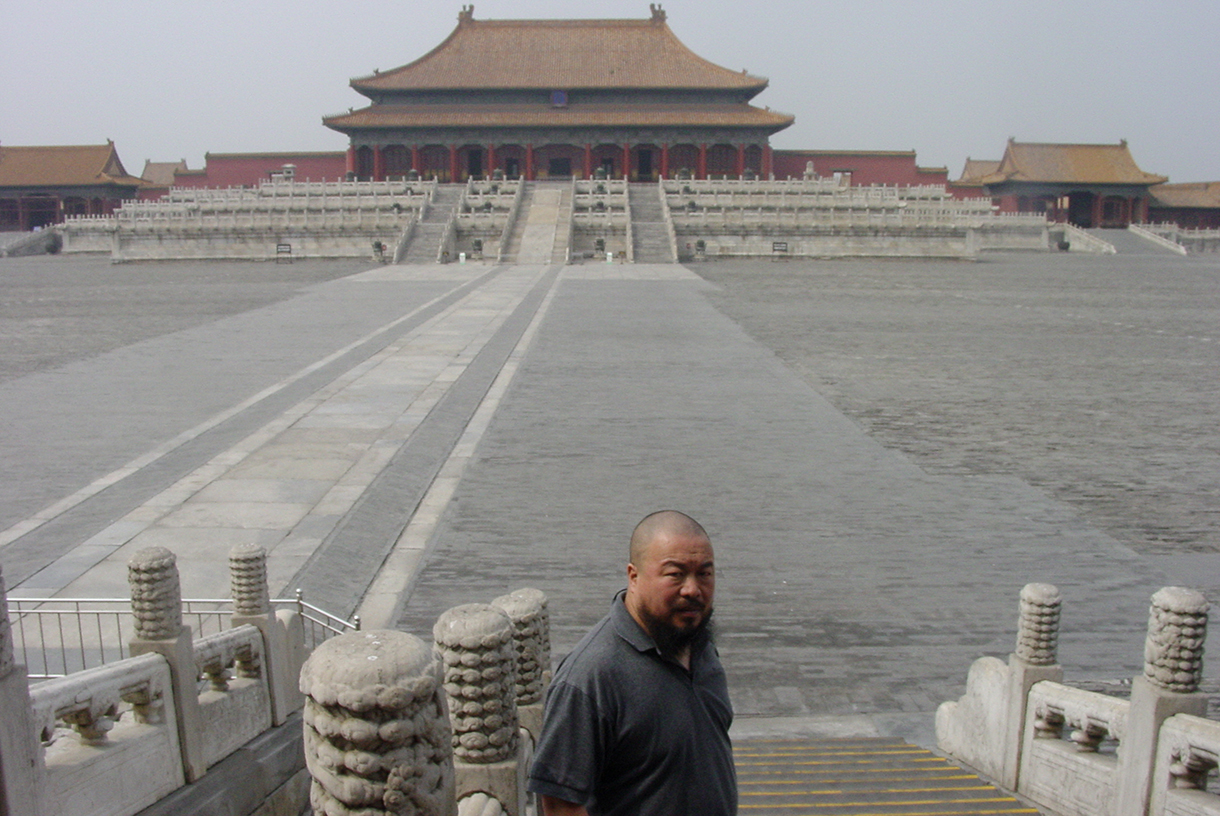 Ai Weiwei's "Beijing Photographs" (The Forbidden City During the SARS Epidemic, 2003). Image courtesy of the artist. 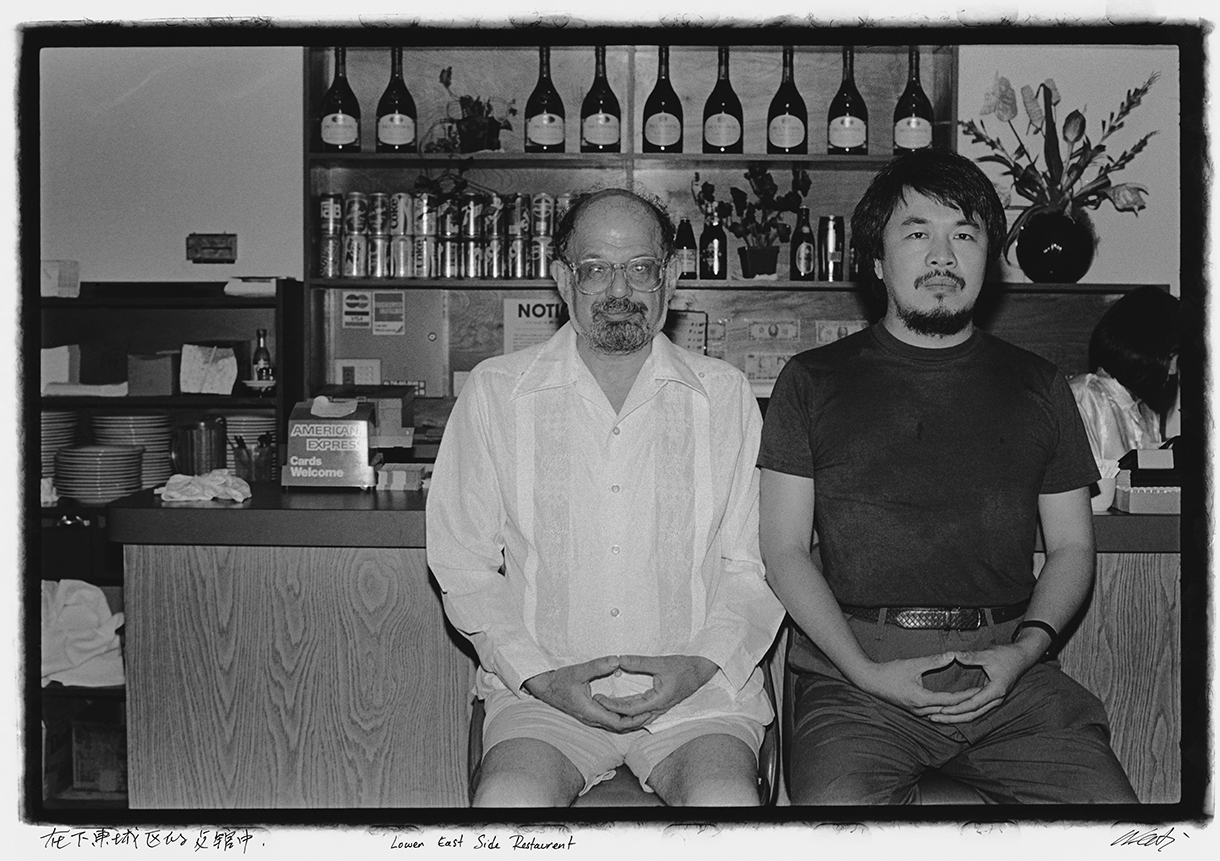 Poet Allen Ginsberg and a young Ai Weiwei in 1988 from "New York Photographs." Image courtesy of the artist. 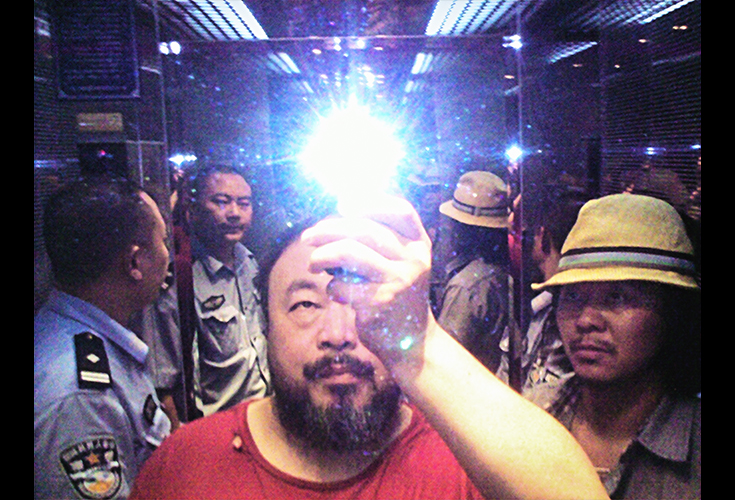 At a time when the Trump administration is proposing a wall along the Mexican border and a federal budget that threatens to defund the National Endowment of the Arts (NEA), a show like #AiWeiwei comes at no better time. Few contemporary artists have wedded art, activism and social media more ardently, and effectively, than China’s premier artist-provocateur Ai Weiwei. Over his prolific career, Ai has been censored, surveilled and imprisoned for his art. #AiWeiwei, the artist’s first solo exhibition in Chicago, opens at the Museum of Contemporary Photography (MoCP) on April 13.

MoCP Executive Director Natasha Egan has no anxiety about the politics explicit in the show. “If this raises the political awareness for people, then that’s part of the project,” she says. Ai is a global citizen whose art has the potential to attract a wide audience. “We’re a small museum but I hope we get a little bit mobbed,” Egan says. “It’s okay to have a blockbuster show once in a while.”

#AiWeiwei will combine many examples of the artist’s photo-activism, mostly everyday images and impromptu selfies that document his time between major projects. The centerpiece of the show will be “Illumination” (2009), a grainy photograph taken in an elevator mirror surrounded by police officers. The show will also feature Ai’s robust internet activism, like his viral project “#LegGun,” which proves how effective the artist is at mobilizing audiences quickly.

“The show is like bringing the internet out,” says Egan. “But you won’t walk into the show and feel like it’s just a bunch of grids of pictures. Ai has an aesthetic way of taking all the data and constructing them in creative ways.”

“I think that his work raises important questions about the work of art in the age of its rapid commodification,” says Photography associate professor Greg Foster-Rice. “Audiences can gain a global perspective as well as a more expansive view of the object of art, a tradition that originated in the 1960s but that artists like Ai continue to mine in valuable ways.”

The show will feature more than 30,000 images—a large wallpaper piece alone contains more than 17,000 images about the global refugee crisis. According to Egan, this is the most production the MoCP has ever undergone for a show. The lead-up to the show has been a quick but exhilarating affair. Egan recently flew to Berlin to conduct an interview with Ai that will be included in the zine-like catalogue to accompany the show. Meanwhile, in his Berlin studio, Ai and his design team are filling every inch of wall space on a scale model replica of the MoCP. Ai’s exhibition design team received floorplans of the entire museum including the exact placement of pipes, electrical outlets and fire extinguishers in order to design the show remotely. 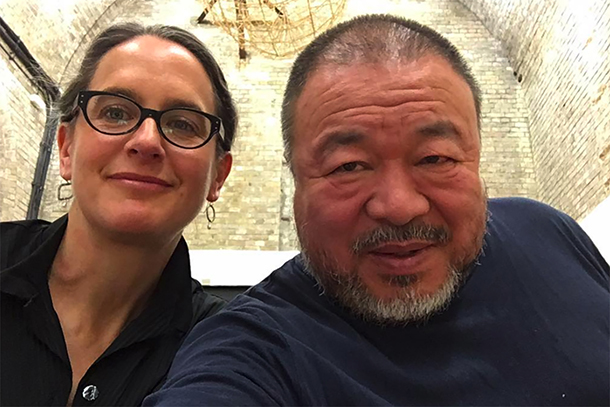 Egan interviewed Ai Weiwei in his Berlin studio at the end of February. Photo taken from Ai Weiwei’s Instagram.

Specifically designed for the MoCP and curated by Ai himself, the show focuses on his photographic work from the last three decades. The oldest images are black and white photographs of himself as a young art student in his twenties. The most recent work, from a series called “Study in Perspective,” is a photo of the artist’s hand giving the middle finger to Trump Tower in Manhattan.

Typically, the MoCP works with more emerging artists although Ai Weiwei is far from emerging. “His work is right in line with our recent shows on art and activism,” says Egan. “What I like is that much of the work for this show, especially around the global refugee crisis, is happening right now—he’s a true contemporary master.”