Imagining the Future of Fashion 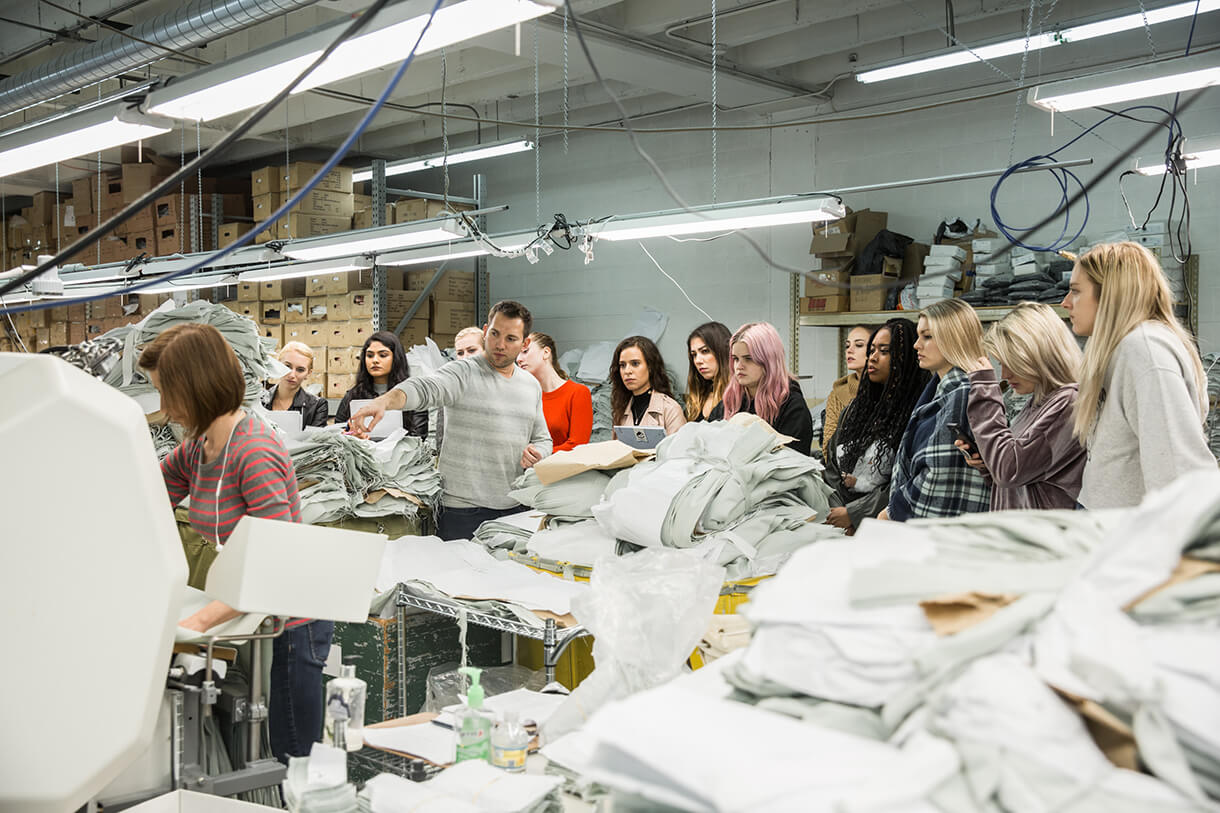 Diana Vreeland, one of Vogue’s most well-known editors, told Dick Cavett in 1978 that one can “see the approaching of a revolution in clothes”—but what about a revolution within the fashion industry? According to the EPA, the average American throws away 70 pounds of clothing a year. With fashion being the second-largest cause of pollution worldwide—trailing only the oil industry—change has to come. “It’s paradoxical, ironic, and grotesque,” says Fashion Studies Department Chair Colbey Reid, PhD. “Fashion is an industry associated with beauty, but its underbelly depicts so much that hurts the environment and laborers.” Columbia’s Fashion Studies Department has now taken an active stand against this: In the fall of 2017, the department implemented a curriculum that wholly embraces sustainable fashion.

Sustainable fashion, also called eco-fashion, was first introduced to the public in the late ’80s by brands like Patagonia and ESPRIT, whose owners took notice of the environmental impact that fashion was having on the planet. Though eco-fashion’s visibility increased through the ’90s and 2000s, it remained relatively obscure until recent years, when many high-profile brands like New Balance and Target began embracing recycled or reclaimed materials for their products. This movement is “not something that companies can disregard—they know that consumers want sustainable fashion, and the companies themselves can benefit from it,” says Columbia’s Fashion Studies Practitioner-in-Residence Allison Leahy.

The Fashion Studies Department’s new curriculum is unique to Columbia and will “futureproof” students who graduate from the department. “We recognized that incoming students, particularly those from Generation Z, are very interested in sustainability and that sustainability is key to the future of fashion,” Reid says. As such, sustainability has become a part of every single class in the Fashion Studies Department’s curriculum. “We can’t not address it at Columbia—our students have to clean up the industry’s mess and be imaginative about the future.”

The current industry trend working against sustainability is “fast fashion,” a product-driven business concept utilized by brands like H&M, ZARA, and Forever 21. According to Leahy, the garments these companies make are created quickly, poorly, and inexpensively, so that consumers can overturn their wardrobes at a lower cost. “It’s wasteful because people aren’t wearing these garments for 10, 20 years,” she says. “When they’re used up, they go to the landfill.” Educating students about fast fashion isn’t only impactful for their future careers, attuning them to upcoming trends and keeping them one step ahead of the game, but also their buying habits: Students are encouraged to translate their education into their consumer behavior and change their actions and perspectives.

Rebecca Martin, a Fashion Design BFA student, speaks to the human cost of fast fashion, saying that she first learned the term during her first year at Columbia. After watching films like The True Cost, which reveals the dangerous working conditions for laborers supplying garments for large retailers that utilize the model, Martin made a conscious change to her buying habits: “If I need something, I’ll thrift it or ensure it’s fair trade,” she says. The impact of this education also changed Martin’s design ideals. “You never want your clothing to be the cause of someone’s death,” she says. “With fast fashion, you’re buying into this idea that people overseas matter less than Americans.” 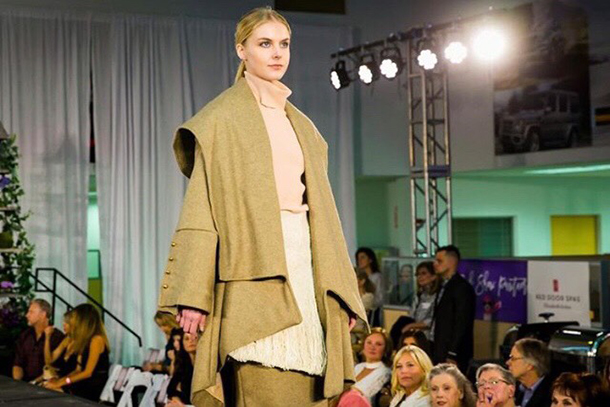 BFA Fashion Design senior Lindsay Holeso takes great inspiration from sustainability when it comes to her work. Her senior thesis Equilibrium, a collection designed with an emphasis on natural fibers, focuses on coral reefs and coral bleaching. Through the collection, Holeso seeks to bring attention to the issue of coral reefs disappearing. “My focus on sustainability is built around my appreciation of wildlife and preserving these natural ecosystems,” she says. Equilibrium has been awarded Columbia’s Albert P. Weisman Award, and also won accolades at the 2018 Driehaus Design Initiative.

Once she graduates, Holeso plans to work for a design team. “I want to work for a company that shares my ethics standpoint where I am able to design womenswear,” she says. “I believe that sustainability is not optional but essential for the industry to move forward. I want to be able to create while also doing meaningful, impactful work.”

In placing sustainable fashion methods in every course and inviting eco-friendly industry professionals to the Fashion Studies Department’s co-curricular seminars, Reid says that the department is making a conscious effort to promote not only the welfare of both the planet and its people, but of the students that graduate from the program. “You can’t do anything in the industry without considering sustainability,” Reid says. “We created this new curriculum with students in mind.”