When Process Takes the Stage 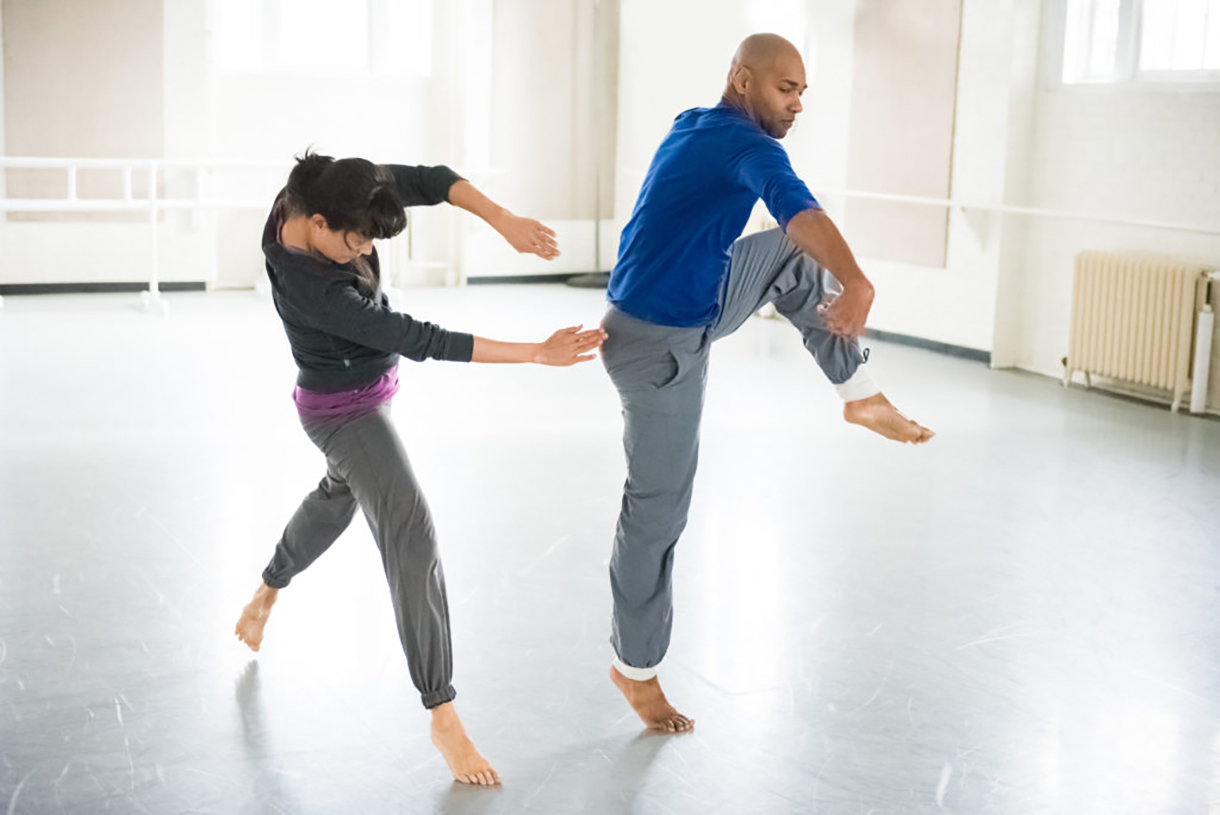 Bebe Miller Company dancers. Photo: Derek Fowles
As the Dance Center nears the end of its 44th season, it celebrates another year of dynamic performances by exploring process in a festival running March 29-April 7.

When the Dance Center at Columbia College Chicago concludes its 44th season this April, it will turn its focus away from the stage to take a look behind the curtain.

On March 29, the Process v. Product Festival will launch, a two-week reflection on the nature and substance of various creative processes. The journey that leads to a final piece–whether it be a poem, photograph, dance, or any other iteration of artwork–will be explored through an offering of performances, workshops, panels, and artist discussions.

“Very often the process can be more successful and satisfying than the product itself,” says Margi Cole, program manager for the Dance Center’s performance series. “In a lot of ways it’s a luxury to be able to roll around in process, share it, have a dialogue, learn from it, and validate it as having the same weight as the product,” she says.

Performances from Molly Shanahan/Mad Shak and the Bebe Miller Company headline the upcoming festival, and both choreographers will broach the subject together on Sunday, April 1 at a Dance Center-sponsored event at Links Hall. “They’re both amazing scholars that are hyper articulate,” says Ellen Chenoweth, Dance Center interim series director. While the choreographers’ style and product might vary greatly, both Shanahan and Miller have at least one thing in common. “The place where they’re similar is the sort of deep digging they do into their process,” says Cole.

But the festival moves beyond dance, acknowledging that a broad, interdisciplinary conversation can offer new insight into process. The Process Prism Panel, happening twice during the festival, will ask artists in different mediums to explore what goes into art-making. “There’s a lot of overlap between creative disciplines,” says Chenoweth. “How do we get started on projects? How do we get over that initial hump? I’m interested in how other artists navigate these questions.”

Tony Trigilio, poet and Columbia creative writing professor, plans on offering up his creative entry point as a writer during the panel. “If I wait until I feel like I completely know my subject matter–or if I wait until I’m absolutely clear what the form or structure should look like–then I’m working from a place of certainty that probably will just reiterate what I already know,” Trigilio says. “I want the poem to show me new ways to see the world.” Trigilio will be joined by other Columbia faculty for the panel, including Art and Art History Professor Sabina Ott.

Now, with the season almost behind them, Cole and Chenoweth are deep in their own process of planning what will be the Center’s 45th season, along with the fundraising to support it. The upcoming season will be Chenoweth’s first Dance Center series she’s put together, having taken over for previous series curator Bonnie Brooks last fall. But she looks to the legacy and history of the Center’s long-lasting success in order to curate the upcoming season. “We bring in artists that honor that legacy and that make sense together,” Chenoweth says.

The tap and contemporary percussive dance performance Chicago Human Rhythm Project, which kicked off the 2017-18 season in September and featured new work from then Artist-in-Residence Dani Borak, was a season highlight for Cole. “[Borak’s] youthful energy and knowledge is pushing the edge of what tap can do,” she says.

The season also included Elevate, a festival featuring nearly 40 local Chicago companies. “I feel so lucky to have gotten here in time for that,” says Chenoweth. “I got a quick snapshot of what was going on here, and it was a great platform for Chicago artists.”

Cloud Gate Dance Theater of Taiwan’s Formosa–whose accompanying lighting, costumes, poetry, and music was a choreography in itself–was sponsored by the Alphawood Foundation Chicago and a highlight of the season. It was also Cloud Gate founder Lin Hwai-min’s final Chicago appearance as the company’s artistic director. Lin announced his retirement months before the early March performances.

When Process v. Product begins next week it will include programming open to the public, regardless of dance experience, something the Dance Center is proud to regularly incorporate into its seasons. A workshop with Jennifer Monson will ask participants to create impromptu movement-based scores after a walk to the lake, sharing them with the group in an environment where the fleeting, one-time performance is a process/product combination all in its own.

When the Dance Center announces its 45th presenting season and programming this spring, it will surely be as curious, pleasant, and enriching as its predecessors. “We have a broad and diverse dance community,” says Cole. “The opportunity to share these artists with the public, our audience, and with our students has been a value of the Dance Center for a long time.”