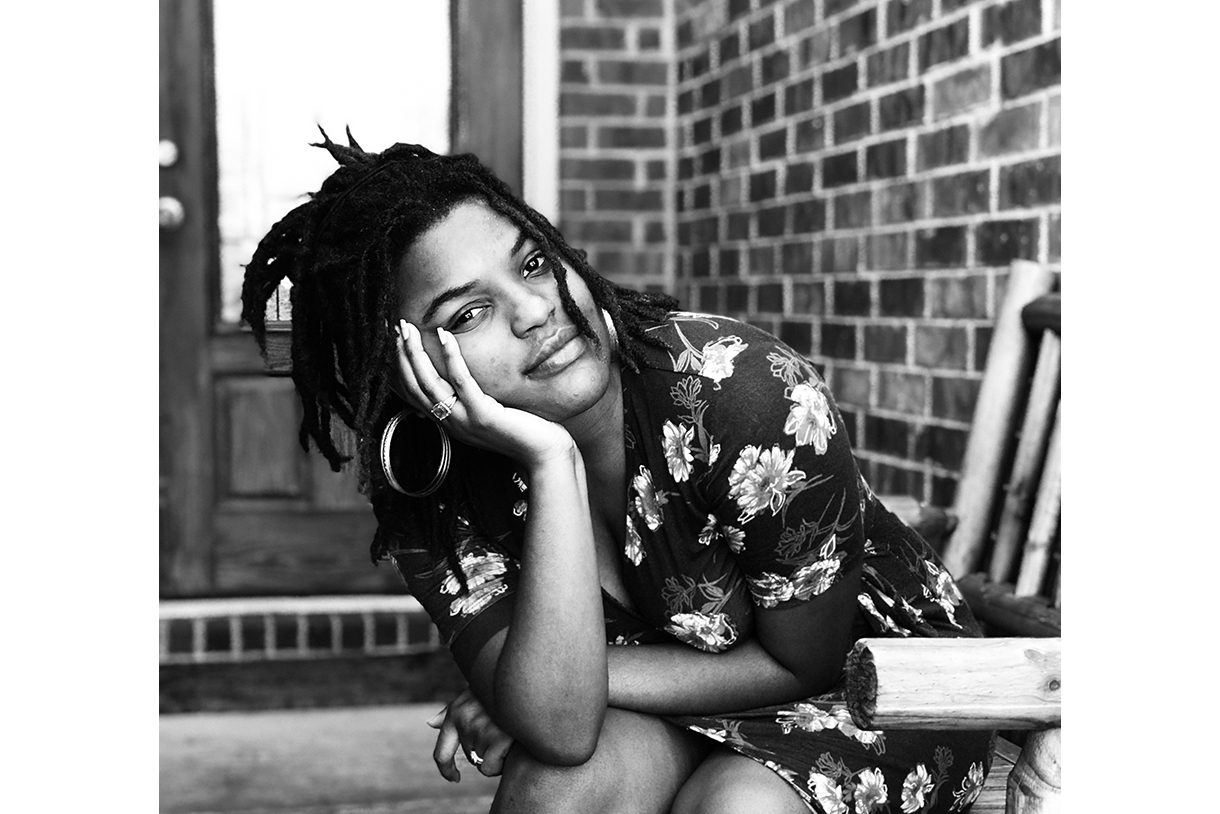 Kendra Allen, BA ’17, came to Columbia to be a music journalist. But those classes didn’t resonate with her. She took a chance and declared herself a Nonfiction major and hasn’t looked back.

During her Beginner Nonfiction Workshop, her professor starting talking about the art of the personal essay. Kendra was intrigued—here was a form of expression through which she could embrace all of herself. Allen realized that in this medium she “could speak how I speak, talk like where I am from, and use music the way I want.” It was the beginning of something new.

After declaring herself a Nonfiction major, Allen never cultivated a plan B. She researched the industry, read, wrote and tried to figure out how she could become a successful writer. The research paid off, Allen is currently earning her MFA from The University of Alabama and just received a two-book deal from Ecco, an imprint of HarperCollins. She’ll be publishing a poetry collection and an essay/nonfiction collection as part of the deal.

Here, Kendra Allen discusses her two new books and how her experience at Columbia helped advance her career:

Can you share the title of the books and a brief synopsis of each?

The Collection Plate is a poetry collection and basically, it’s about my relationship with death, sex, and god and the things those entities have taken out of, and from, me. What they have… time for me to be corny, “collected” from me in a sense. It’s a compact collection that I’m surprisingly very proud of. Surprisingly, because I tend to never be proud of most things in the grand scheme of it all. I’m always doubling down, thinking it could be better or moving on to the next thing without acknowledging the past thing.

The essay collection is currently untitled. I’m grappling with a few ideas that I’m weary about discussing because I want to allow myself room for it to not be those things I thought they were as well. But it’ll probably involve sound and body mostly, and a very childish persona.

When will the books published?

The poetry collection will be published before the essay collection. Everything happened so fast and I don’t have an exact date yet, but the poems will probably come next year and the essays a year after that.

What inspired you to write these books, are these topics personal for you?

Everything I write is personal and it’s probably why I have such a hard time letting it go. I find myself obsessed with childhood and telling these never-ending coming of age stories, because I really feel as if I became an adult as a kid and therefore probably stopped growing, so I’m always trying to figure that out on the page through those larger themes of gender, race, sex, religion, love, etc.

How did your experience at Columbia help you write and finish your books? Are there any Columbia faculty that helped you throughout the writing process? If so, how?

I wrote basically the entirety of When You Learn the Alphabet at Columbia. Looking back, it didn’t feel like I was writing a book at all. It just felt like I was completing assignments and I miss that feeling of going to my dorm or to the library and just writing without hoping what I produce will make me a writer.

Almost everyone I ever took a workshop with helped me learn how to lean into the kind of writer I am naturally. Kathie Bergquist literally introduced me to creative nonfiction and the essay. I wouldn’t be writing what I do if it weren’t for her classes and her love of words. Re’Lynn Hansen gave me insight into the world of publishing and encouraged me to have a vision for my work. Jenny Boully has extended her hands, eyes, and knowledge in order to make sure I was being honest in, and outside of, my work. I’ll never forget a comment she left on one of my very trash essays, she said “It seems as if when you really start to reveal yourself, you hide behind abstractions.” And I think about that every time I sit down and write, how to peek out from behind the mask. All of them, including my peers in workshop who also assisted greatly in the process, tried to give the tough feedback I needed in order to move forward in a piece.

I think my time at Columbia gave me the space to see writing as possibility, it gave me reference, and books, and comradery. If anything it helped me form an intention and a method to my process.

Why did you decide to get a Nonfiction BA from Columbia?

I knew I wanted to write about music. I thought I wanted to be music journalist, thought it for the entirety of high school because talking about music was probably the only thing I had a remote interest in, but that path really didn’t work out the way I envisioned it. And probably because I’ve always been obsessed with trying to find the rather impossible absolute truth in my life, nonfiction just made the most sense. Whenever I try to write within other genres, it still reads like an essay so I just took the time to access my natural inclinations.