Meeting the Voice on the Radio: Jennifer Keiper Speaks Out 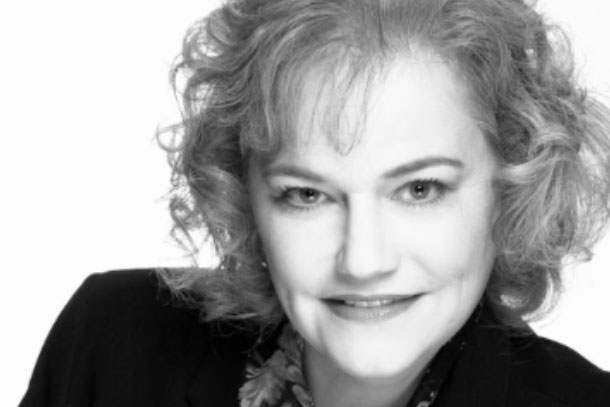 So, when her boss, former Columbia College Chicago instructor and long-time mentor Karen Hand offered the opportunity to extend Jennifer’s internship, Jennifer wanted to say yes. But instead, she blurted out: “I can’t! I’ve been hitting someone up for a ride to get here at 3 AM every morning!”

Hand backed off. Keiper thought that was the end of it. But a couple of days later, Hand called back. She’d gotten approval to hire Keiper full-time, so she could keep the job and get the car. As Keiper remembers, she just called up and said, “you’re my assistant now.”

That was how Hand worked, and how she taught her students to work as well: quickly, decisively, and accurately. Keiper remembers her mentor as someone who “tells it like it is and didn’t let us get away with anything.” For example, one time an intern working with Keiper missed an Associated Press audio feed. Hand asked the intern to come in on a Saturday to record the feed—and the station didn’t even report news on Saturdays. It wasn’t for the news. It was to send a message. “She was tough,” Keiper says, “and the message was: don’t miss feeds.”

Keiper thrived under Hand’s direction at B96. But still, Keiper always wanted to come back to Columbia for her MFA in Journalism. So, when she received an outreach call from the College suggesting that she apply for the Dwight W. Follett Continuing Graduate Student Fellowship, Keiper jumped at the chance. The fellowship, which was established to help defray tuition expenses for one full-time Columbia College graduate, required an essay before being granted.

Keiper remembers asking when the essay was due. “Tomorrow,” came the reply. Keiper sighed. “Of course.” But she got the essay in, won the fellowship, and kept working.

Of course, life in radio was anything but stable. Even after Keiper had worked her way up to be Public Affairs Director at B96, she wasn’t immune from the corporate changes that can result in mass lay-offs. Sure enough, six months after she was promoted to Public Affairs Director, a large company came in and eliminated her department on both AM and FM channels.

Not knowing what to do, Keiper walked into a coworker’s office. He had one question for her: “How do you feel about heights?” Keiper was confused. “What do you mean?”

As it turned out, while there might not be a position for a Public Affairs Director anymore, there was definitely going to be room for more people reporting traffic—and so began a new chapter for Keiper in news radio, one that introduced her to working on national stories, in bigger rooms, and for broader audiences.

Keiper is a fighter. Her career has survived multiple corporate takeovers, a brain hemorrhage, a case of meningitis, and jobs everywhere from B96, WBBM AM, a small station in Waukegan, WLS, and Fox Radio. She has also contributed stories to ABC Radio Network, CBS Radio Network, and Westwood One. Now and again, she even comes back to her much-loved alma mater to teach classes in news writing and news producing as adjunct faculty at Columbia.

Keiper has continued to evolve with the industry. As she says, “Anybody will tell you the industry has changed dramatically since the recession. There have been a lot of firings. The one thing you can try to do to protect yourself is be multi-talented…you have to be able to be your own engineer, editor, do your own web-work.”

She recognizes that the journey is tough. As she tells students, interns, and new faces: “You are owed nothing. Nobody owes you anything. You have to work for it.” But the hard work pays off: the years of working freelance, of working the early morning shift, the overnight shift—those were the connections that have helped Keiper carve out a much-coveted secure place in the industry today. For Keiper, now co-anchoring the noon business hour at WBBM-AM with an old co-worker from WLS, it has all been worth it. She has a sureness in her voice as she says, “it’s very hard to make a career out of this, but when you do it’s a lot of fun.”

And as for what’s next? Keiper is going to keep that one open and enjoy the moment. As she says of her current position, which started just weeks ago, “I love anchoring, and it’s great that I get to do some news anchoring with the Business Hour, and I get to keep my contacts in the field with the reporting. I do work up some of my own stories. As far as where do I want to end up? I’m gonna see where this goes.”