Alive and Kicking: Journalism, Storytelling, and the Fight for a Better World 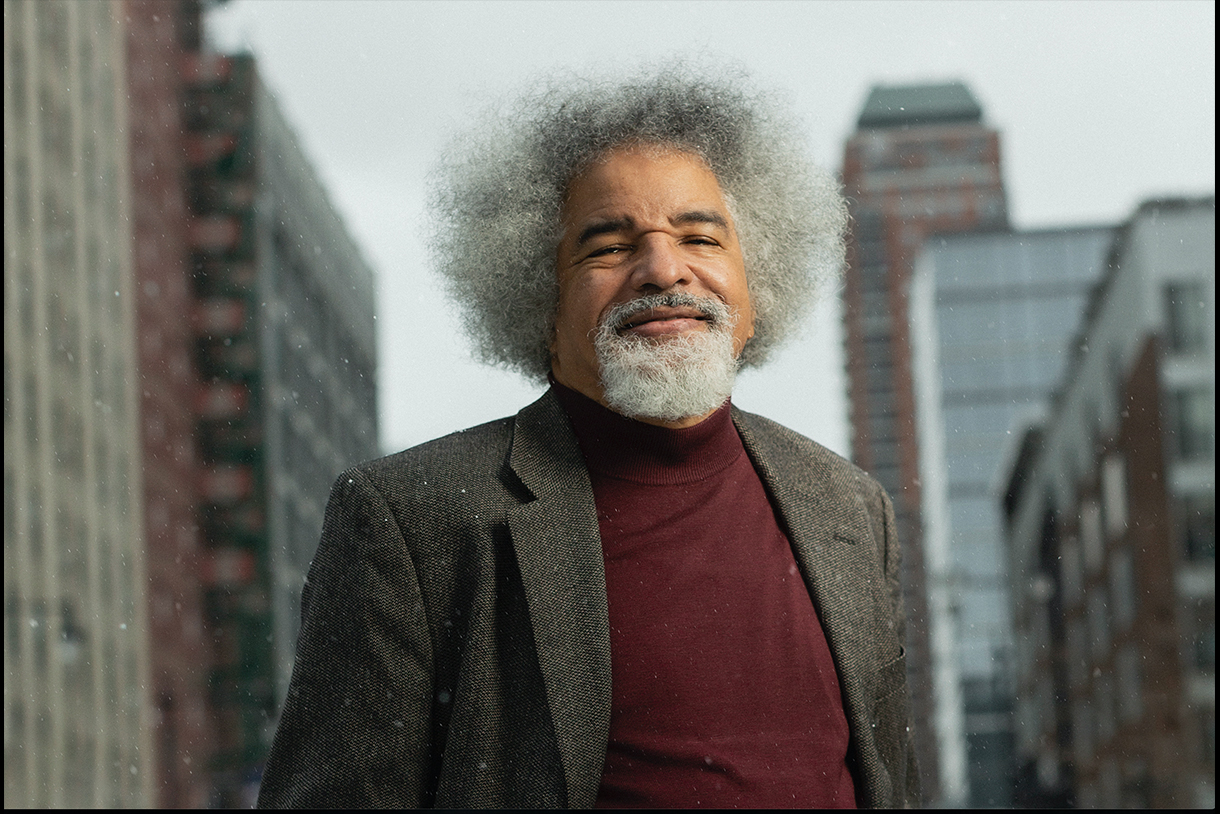 Associate Professor Curtis Lawrence, watching the events unfolding at the Capitol on January 6th, 2021, felt a familiar grim disappointment in the threads of racism and ignorance woven through the storming of a prominent symbol of the democracy.

Lawrence has, for decades, confronted the unpolished reality of life as a Black male journalist and professor that is often at direct odds with publicly performative narratives around equality, progress, and justice. Lawrence recalls his experiences interviewing for reporting jobs through the 1980s and 1990s, a time when there was a promise of increasing diversity in newsrooms by the year 2000, in the hopes that newsrooms might one day look like the communities they serve. And yet, upon sitting down for interviews, Lawrence would sometimes face the question: Are you a black person first, or a journalist first? “They would really ask people that!” He responds to the astonished silence at his story.

“What would you say?” It’s an unplanned follow-up exposing another crease in the privilege of my skin. “Well,” Lawrence says affably, “My line was, ‘On my birth certificate it says, ‘Race: Negro. It doesn’t say anything about my profession. So, in this country, unfortunately, I am defined by my race before anything else. I am a Black person first.” It is for this reason that Lawrence has always acutely felt the duty to use his skills as a journalist and mentor to Communication students at Columbia College Chicago to shine a light on under-represented communities like the one he grew up in on Chicago’s South Side. “That’s why I’m doing this,” he says. “That’s why I got in this door…to represent under-covered communities.”

Now best known for his years of service with the Sun Times and the Tribune, Lawrence spent years writing for smaller local papers, sometimes even under pseudonyms. In fact, as he remembers, “Before I came to the Sun Times, I had worked at five daily papers already.” From his start at the Rock Island Argus (where he also worked under a pseudonym for the city’s Black newspaper) to the St. Paul Pioneer Press to the Daily Southtown to the Chicago Reporter and to the Milwaukee Journal-Sentinel, Lawrence has a depth of experience that provides an unparalleled level of mentorship for students he works with as the faculty advisor for Columbia College Chicago’s award-winning student newspaper, The Columbia Chronicle. There are too many hidden gems in his memory to count—including having interviewed Muhammad Ali (and even getting him to pose for a faux-KO photo) and interviews with then-Illinois Senator Barack Obama and even Johnnie Cochran, the attorney best known for representing O.J. Simpson.

But beyond well-known names, Lawrence is most proud of his reporting in underserved communities, including the Chicago Housing Authority housing developments. His body of work resulting in him being bestowed with the Studs Terkel Award for longstanding excellence in reporting about Chicago’s diverse communities.

For Lawrence, the crucial message today is that journalism is not only alive and well but also plays a crucial role in protecting our democracy. “This is a pivotal time for us [as journalists], and it shows us the need for covering what’s happening in this country.” For Lawrence, it is certainly important to use journalism to uncover the roots of the violence that we saw on January 6th, but it is also about using the media to shed light on other entrenched issues in communities of color. He implores us to consider “what’s happening as far as COVID is concerned in our Black and Brown communities where people are dying at totally disproportionate rates because of this…not just the disease of COVID, but also because of the disease of racism.”

Lawrence says our collective dire straits are just another reason to persevere. These times speak, as he says, “to the importance of us in academia…making sure that there’s a path for young people coming out of Black and Brown communities to get educated and to be able to become journalists and storytellers…it’s important for us to document what’s going on in our own communities.” Since Lawrence joined as full-time faculty in 2004, he has been dedicated to continuing to foster growth in this community of artists, activists, and collaborators. “That’s what attracted me to Columbia [in the first place],” he says, “that mentality of a learning community, where we all learn different things from each other.” In addition to his journalism-related work, Lawrence is also excited about being selected as a fellow to the new formed Antiracism Transformation Team. He'll be working with other team members to help make Columbia an antiracist institution.

To students who hope to follow in his footsteps, Lawrence has some advice: “Find something you’re passionate about….right now this is more important than ever: tell your story. Tell the stories of people like you, tell the stories of people who don’t have a voice, and start doing that at every level you can do it.” From there—the opportunities for creating social change are, after all, limitless.