Community at the Heart of Columbia: Musician Hannah Pope Takes the Plunge 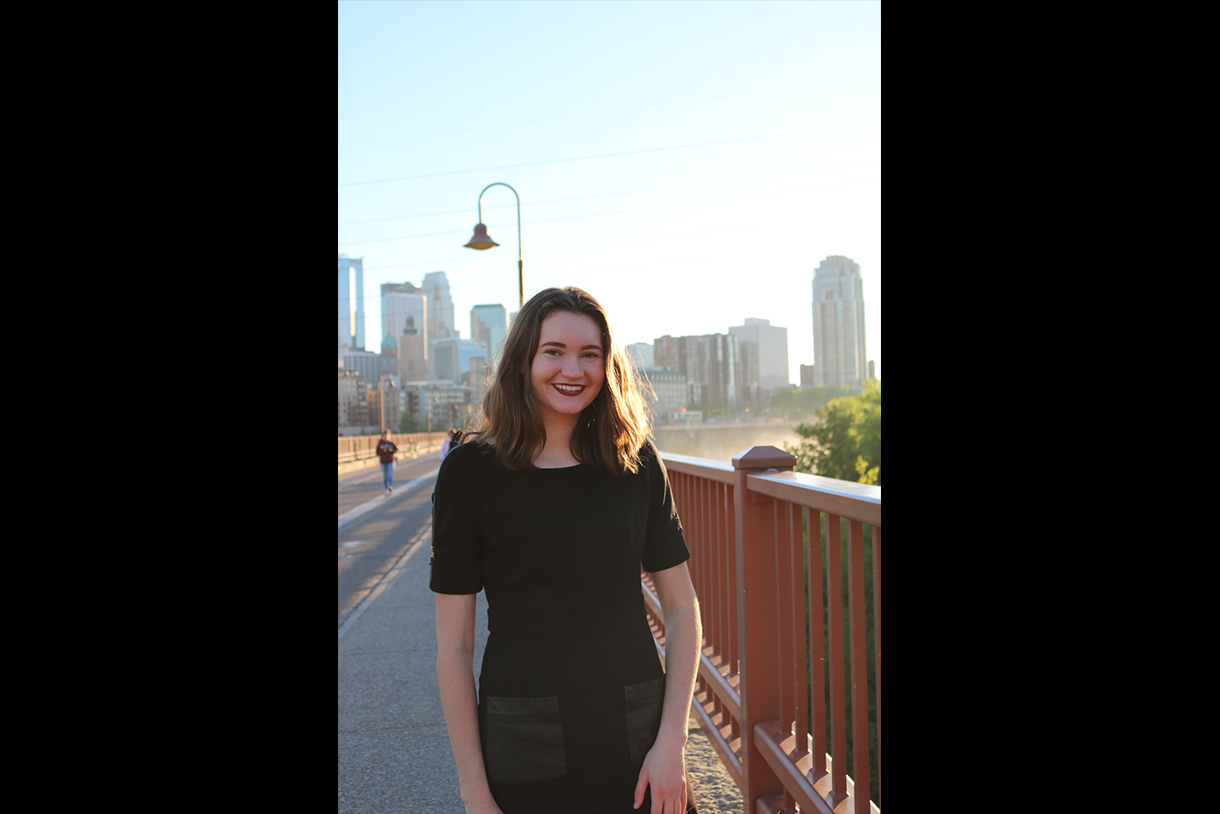 How mentorship, a community support, and a healthy dose of courage helped one student leap from her small town to big stages in Chicago.

Back in Minneapolis, when Hannah Pope was about 16, she realized that if she wanted to take the one thing that she loved the most—the blues—and turn it into a career, she was going to have to get to work. It was an ambitious dream. As she says, “I think music has always been something that I'd wanted to do for my life, but I didn't think it was feasible for me because I didn't know anybody in my community who was playing music in a way that made me want to go after what they were doing.” Her influences were different than those of most musical teenagers. She spent her time listening to Susan Tedeschi, Ray Charles, Freddie King, Robbie Robertson, Bill Withers, and Sly and the Family Stone. Soon, she realized that even though she didn’t know any of her influences she could still follow her dream.

Once she started considering colleges, Pope knew she wanted to attend a school that was in a city that would have a supportive and engaging community, and that would encourage students working and playing from the start. As she says, “I wanted a contemporary music school and that was out of state, but still not too far from my home, which is in Minneapolis. I felt [like] living in Chicago would be also a really great experience for me since Chicago is such a well-known city for blues and the blues is what I'm the most passionate about in music.” Once she discovered Columbia College Chicago, she knew it fit the bill completely.

She was only on campus one semester when she encountered other students with the same passions and work ethic. Soon, Pope formed her own band, and named it Indigo Flood. “The music we play is original. We play the blues, and we’re heavily influenced by the Allman Brothers. We also play funk and some soul as well…it’s a collaborative project in the sense where everybody’s input is super valuable.” Pope describes the band like a big family, where everyone works together and supports each other’s interests. In fact, some other members of the band have their own bands as well, including Analea, whose recent live-recorded album, “Beautiful People,” features Pope. “They play keyboard and do background vocals in my band, Indigo Flood, and I play guitar in their band…we just work really well together and we’re friends,” Pope says.

While the collaborative spirit of other Music students is one benefit of attending Columbia, Pope has also found guidance and wisdom at the hands of Professor and Coordinator of Guitar and Bass Studies, Bill Boris, and private lessons instructor Chris Forte. “They definitely encourage playing what you want, what you love to play, as well as learning a lot of fundamental skills,” Pope says. “And they’re just very encouraging of outside projects.”

Despite the cohesive community and fruitful partnerships, Pope has been faced with challenges of her own to overcome. Like many artists, the most significant of those challenges were internal, rather than external. “I used to let myself be too afraid of having my ideas be rejected. Because sometimes there’ll be a song and you just don’t know what other people are going to think about it. [I used to not] share it at all, but that just hinders you in the long run, because everybody comes up with bad ideas at some point. And you have to share. You can’t be afraid to share bad ideas, because then you won’t let out good ideas either.”

Pope is open and gregarious in discussing those hurdles. She says, “I’m definitely still in the process of overcoming this, because I think it’s always going to be scary, sharing your ideas as a writer…I think having musicians around you and having a community that supports your vision and then supports the music that you want to play [is paramount.]…And most of the time, if your music really comes from you and is passionate, people will like it.”