A Passion for Philosophy, Piping Plovers, Punk, and Pedagogy 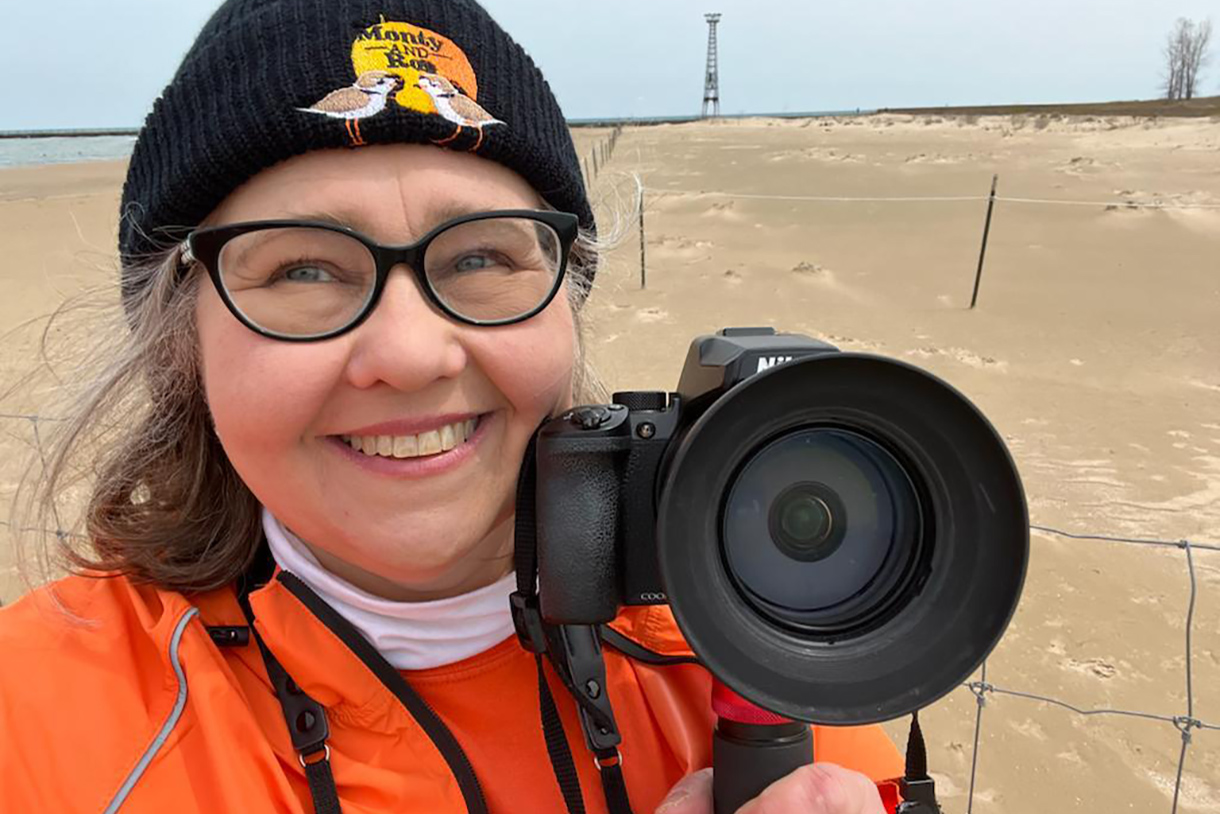 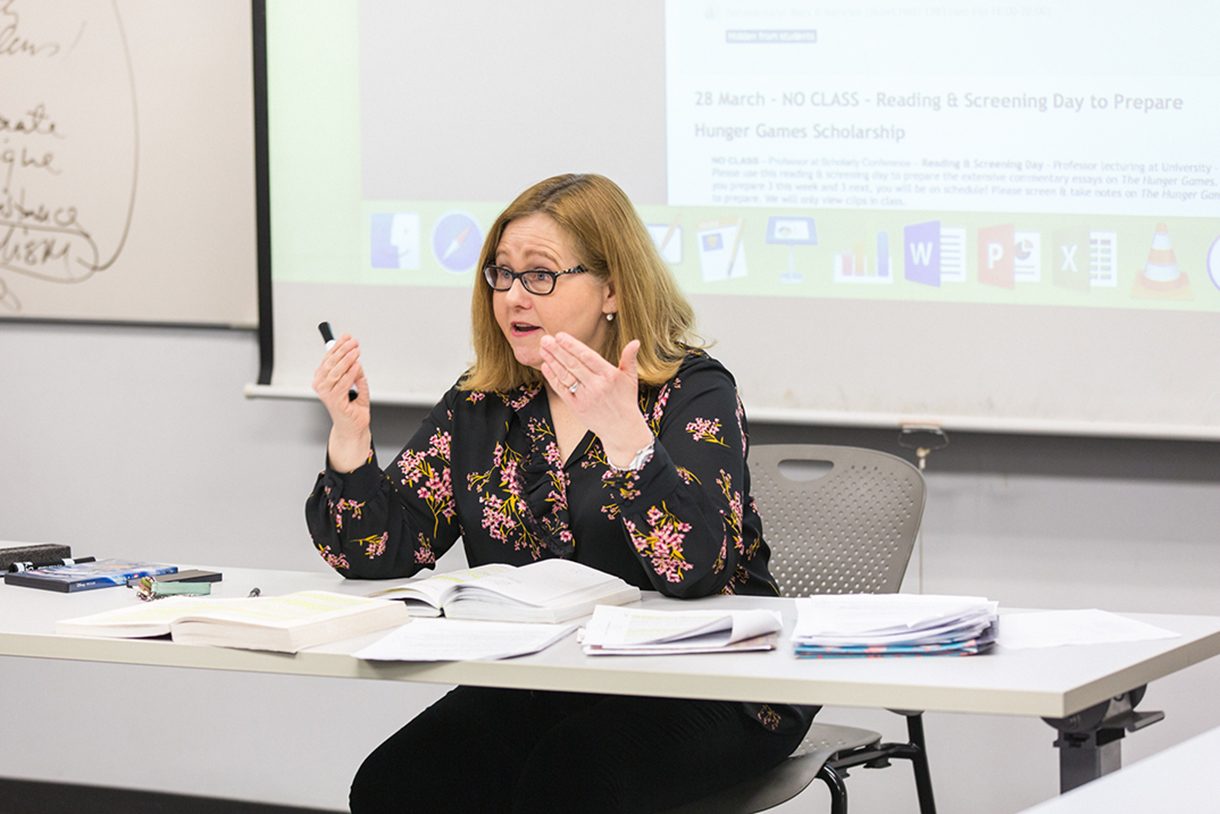 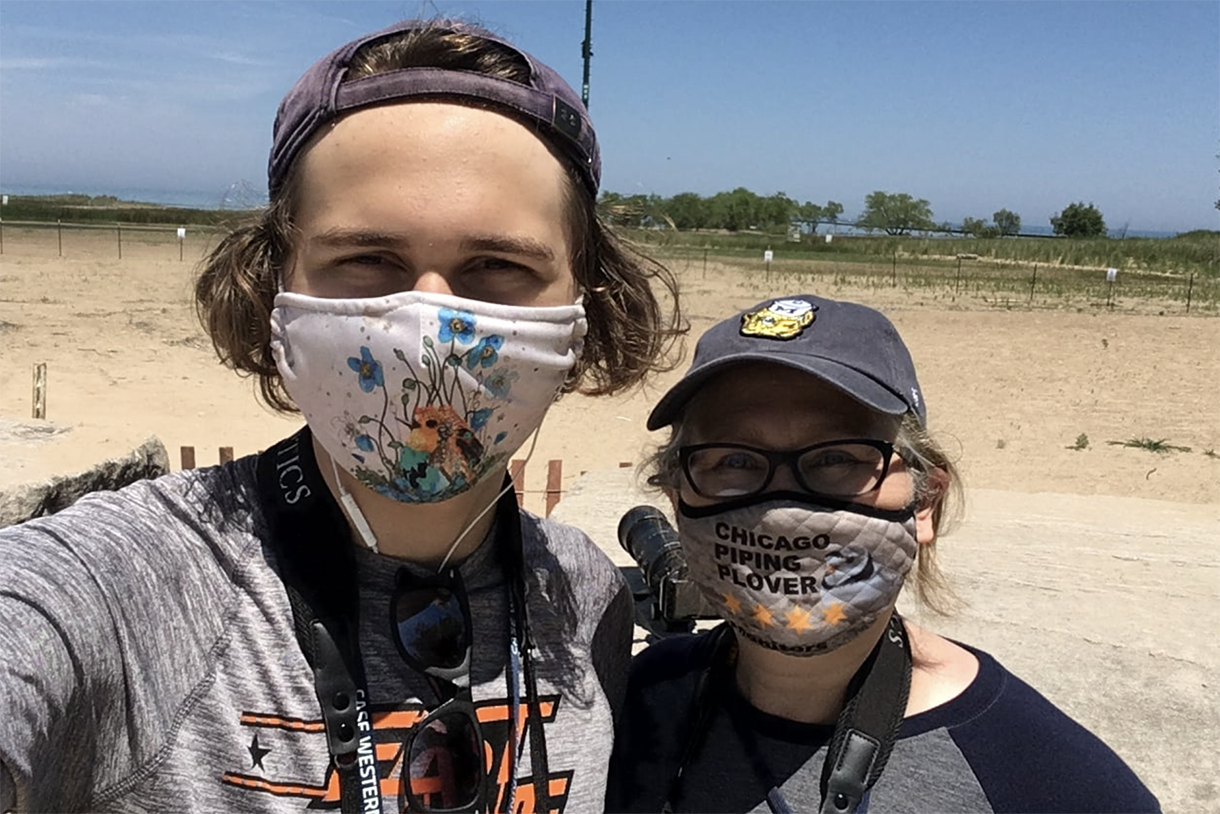 A proposition to Columbia’s creatives: use Liberal Arts and Sciences Core classes to explore the world. According to Associate Professor of Humanities and Cultural Studies Ann Hetzel Gunkel, PhD, you may be surprised by what ideas transform your art.

“Take classes in sociology, literature, art history, philosophy…sometimes something clicks, and you just look at your work in a new way, and you don't even know until it happens,” says Gunkel. “Don't write that off before it can occur, because this is the only time in your life that someone is going to say, ‘Please read some philosophy books and let's talk about them.’” As a matter of fact, that’s exactly how Gunkel’s journey began.

After initially perusing a Journalism major at Marquette University, Gunkel says it took just one Philosophy class with Father Klocker before making the decision to simultaneously do two things: change her major and join a punk band. From that point on, she was hooked. “I found music and philosophy spoke to me most, and they were both speaking from very different spaces…but, really, about the same thing,” she says. “It was giving me different languages to learn how to critique the world I live in and how to agitate for change in that world.”

Gunkel was a “veracious learner from a very young age” and curious about everything from literature to art, music, and film. Now a lifelong academic in philosophy, self-described film connoisseur, environmental advocate, two-time Fullbright scholar, and former radio DJ, Gunkel’s wide ranging interests and experiences are what drove her to become the enthusiastic, award-winning, published writer and educator she is today.

In 1998, after earning a master’s degree and PhD in Philosophy, she joined the Columbia community, which Gunkel calls her dream destination as an educator. “I realized that the audience I wanted to speak to was an urban, diverse audience…I knew I would have a bond with Columbia students around these ideas, and that I could make those ideas powerful for students who were creative people. I wanted to be here because of the mission, and that's why I'm still here.”

Throughout her tenure, Gunkel has taught courses such as Intro to Philosophy, Philosophical Issues in Film, Food & Culture, Critiquing Children's Culture, and Postmodernism & Posthumanism, to name a few. She now serves as the college’s Humanities coordinator, as well as co-founder and former director of Columbia’s Cultural Studies program.

Outside of the classroom, she continues to expand and explore her many passions – all of which she incorporates, in one way or another, into her lessons at Columbia – including her conservation interests. For the past three years, Gunkel has dedicated her summers to serving as a Chicago Piping Plovers monitor, tracking the only plover pair to nest in Illinois in almost 70 years. Since the inception of the project at Montrose Beach in 2019 Gunkel, along with her son (who Gunkel dubs “the superior birder”), has monitored the endangered bird species through volunteer work with the Chicago Audubon Society and Chicago Piping Plovers. Her nature photography and content created for both organizations has been published in several newspapers and journals, and she has even created a Spotify playlist to celebrate the plover watch. Earlier this year, Gunkel was elected to the Chicago Audubon Society Board and serves as Editor and Communications Chair.

“Protecting endangered species on the front lines has just been life transforming, honestly,” she says. “Part of it is because it's a really good fit for me, as a teacher. It has a captivating power to teach people in this personal, engaging way about the climate crisis, about conservation, and about endangered species.” With that in mind, Gunkel also hopes to develop an "Ecocriticism: Philosophy of Nature" course, ideally incorporating Philosophy, Cultural Studies, and the school’s new Environmental and Sustainability Science program. 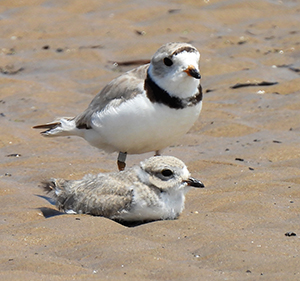 Much like teaching, monitoring Rose and Monty is also incredibly rewarding, she says. Gunkel has found that this experience translates perfectly to her students at Columbia, and loves showing them the importance of getting involved with organizations and issues they care deeply about. And when summers end, as she watches the Plover fledglings begin their journey, she admits she can’t help but to draw parallels to watching her own son, as well as former students graduating at the end of each Spring semester.

When it comes to the intersection of art and humanities, Gunkel says her former students have proven the possibilities are endless. “Philosophy is a lot of work and it's a lot of intellectual heavy lifting, but its ripple effects in art come later. I’ve seen it at their film festivals, in photography, in collage work, as musicians.”

At the forefront of her philosophy is bell hooks’s theory that “education is the practice of freedom.” Deal critically and creatively with reality, and you will discover how to participate in the transformation of the world.

To learn more about Gunkel's writings and forthcoming publications, you can visit her website.