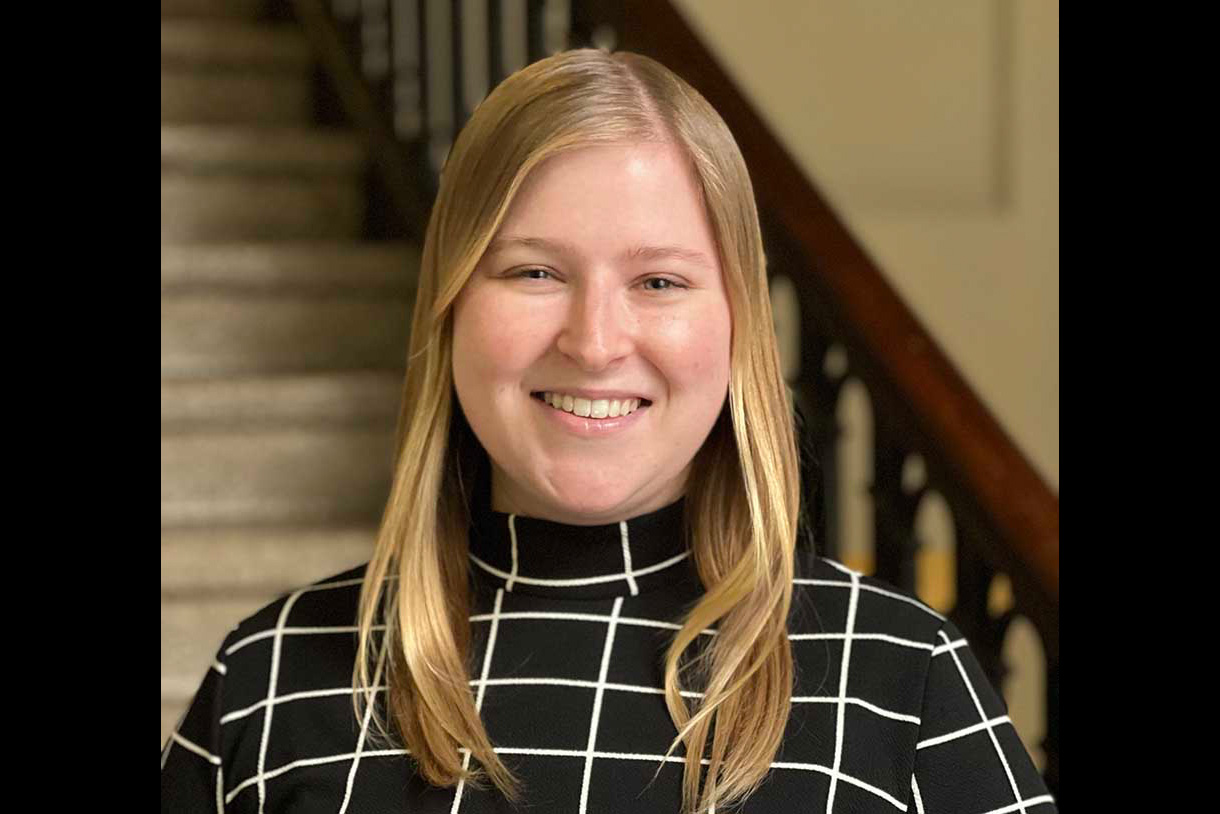 Alyssa Cinatl
With a degree from Columbia in public relations, Alyssa Cinatl enjoys her role writing behind the scenes for Mayor Lori Lightfoot.

For Alyssa Cinatl BA ’18 — an alum of Columbia College Chicago’s Communications Department — a press office internship opened professional doors, leading her to a rewarding new role as a speechwriter for Chicago Mayor Lori Lightfoot. While she once envisioned a different career in communications, Cinatl had the foundational skills and experience to make a slight pivot and now enjoys a job that satisfies her love of writing and passion for public service.

As one of two speechwriters for Mayor Lightfoot, Cinatl crafts the mayor’s remarks for everything from events to announcements. When Mayor Lightfoot shares new COVID mitigations with the city or gives a speech at a ribbon-cutting, those are often Cinatl’s words. “Pretty much anything that needs to be written in the mayor’s voice, we write.”

Getting to know that voice is instrumental to Cinatl’s role, so Cinatl pays close attention to the mayor’s off-script comments, taking note of how she responds to questions during Q&As, picking up on key phrases she repeats and values she expresses, and taking the mayor’s feedback to heart. “The mayor herself is a very talented writer. Whenever she gives us notes on speeches, I try to incorporate some of that same language into her remarks moving forward.”

And how did Cinatl land this coveted speechwriting role? “In college, I always knew that I wanted a career with a lot of writing, which led me to the public relations field.” she says. “I initially thought I wanted to be a public relations specialist.”

Her love of writing, combined with a desire to make a difference in the world after the 2016 election, started her down the path of government public relations as an intern in Senator Dick Durbin’s office, a position she found through resources at Columbia. Thanks to a tip from another Columbia student, she followed-up that stint with another internship — this time in press office of Rahm Emanuel, the then-mayor of Chicago. “I'm not a policy expert, but I can write,” she thought. “Maybe I can help the people who are making change with their writing.”

Impressed with her work, the Office of the Mayor hired Cinatl after graduation as a press assistant — an entry level position that included media monitoring. Once Emanuel left office, Cinatl transitioned to Lightfoot's administration and served as press assistant for another two years. When one of the two speechwriting positions became vacant, Cinatl lent a hand by drafting materials. “Because I was helping draft remarks, it just made sense to promote me into the speechwriting position that became available.”

Cinatl credits Columbia for preparing her well for the internship that led her to speechwriting. At the mayor’s office, she also recognized this strength in other Columbia interns (part of her past job was recruiting interns). “I think it's because Columbia provides so much real-world experience. By being so hands-on at Columbia and having professors from the industry, you're just better versed in best practices.”

One Columbia class project, Cinatl recalls, really impacted her career trajectory. “I interviewed the mayor’s communications director, and I didn't tell him it was for a school project. I was just like, ‘Hey. Can I have five minutes of your time to learn more about you?’ He was very impressed with that,” she says. “When the time came for me to interview for the press assistant position, he had already known me and built a relationship with me, and knew that I really wanted to be here.”

While currently not the public relations specialist she once envisioned being, Cinatl finds gratification in seeing her words quoted in the news and enjoys being in a less visible role. “I am definitely comfortable writing behind the scenes.”

Cinatl thinks the stars aligned when hired-on in the mayor's office. “To be professionally writing, day in and day out — I've surpassed my expectations,” she says. “I had never really thought of speechwriting before; it's not quite where I thought I'd end up, but I just love it.”