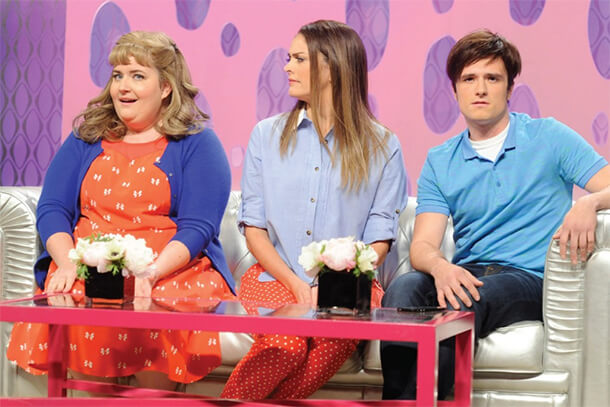 Aidy spent her days taking theatre courses at Columbia and her nights performing in the Chicago improv scene.

Aidy Bryant talks about cutting her teeth on the Chicago improv scene and landing her dream job on Saturday Night Live.

Growing up, Aidy Bryant dressed up as Saturday Night Live characters for Halloween. At Columbia College Chicago, she jumped at the opportunity to take classes at The Second City, Chicago’s internationally acclaimed comedy club and theatre where many SNL cast members had their start. Aidy spent her days taking theatre courses at Columbia and her nights performing in the Chicago improv scene. “It was a lucky thing that [Columbia’s Comedy Studies] program was just getting started as I was an upperclassman,” says Aidy. “I had done all these different things in the improv community, but I had never gotten my foot in at Second City.” After graduating, Aidy was hired to write and perform on Second City’s resident e.t.c. stage, where she was discovered by SNL creator and producer Lorne Michaels. Since her debut on SNL in 2012 for its 38th season, Aidy is both a sketch writer and repertory actress for the show, while also appearing on popular television shows such as GIRLS and Broad City.