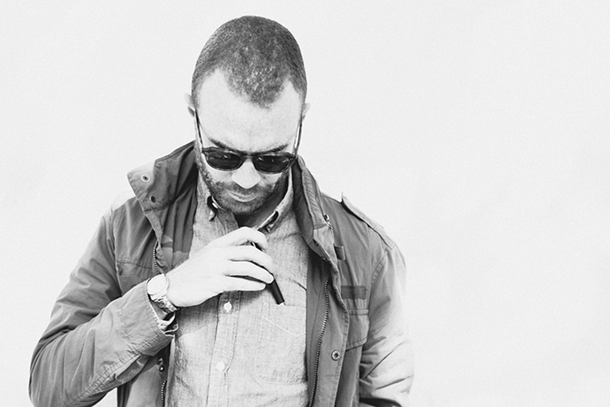 “It’s addictive to write about [teenagers] because everything is new to a character who’s an adolescent.”

Chris Terry learned the benefits of producing as much work as possible while studying at Columbia.

Chris L. Terry grew up in Boston and Richmond, Virginia, the son of a black father and Irish-American mother. He spent his late teens and early 20s writing for zines and touring North America and Europe as a singer for punk bands. He enrolled in Columbia College Chicago’s fiction MFA program in 2008 and published his first novel, Zero Fade, in 2013. The novel focuses on a teenager in Richmond dealing with parents, haircuts, a school bully and his uncle’s coming out. His second novel, Black Card, will be published in 2019.

What did you think about Columbia’s writing program?

The major thing was that they use a generative approach in the department, the idea of just always writing and having as much output as possible. I call it “keeping the engine warm”—you know, it’s easiest to keep working on something if you’re already working on it. Something I really learned at Columbia is the value of producing a lot of work, just writing as much as humanly possible.

Do you think it’s hard to be a writer?

Definitely. I have a lot of tattoos; people ask if they hurt, and they expect the answer to be no. I’m like, yeah, it hurt. Someone was just digging a needle into me for three hours. It’s the same with a book except you’re digging a needle into yourself for a couple of years. It’s a mentally strenuous thing because you have to pay attention to really, really small details. You have to work on that micro scale to make sure every single sentence is exciting to read and that it serves a purpose. Also, looking at the big picture, and making sure it comes together as a story, there aren’t any loose ends, you didn’t use the same descriptive word on page three and 300.

Do you ever get discouraged?

I do get discouraged. There’s a point in the middle of working on a book, and I’m experiencing it now with my second book, where I feel like I’m out in the weeds. It’s a solitary thing, and you lose perspective on it: Is this any good? Is it ever going to be done?

Why do you write YA?

It’s addictive to write about that age because everything is new to a character who’s an adolescent. There’s also a heightened emotional sense—things feel a lot more urgent or life-and-death. I think that lends itself to compelling art.