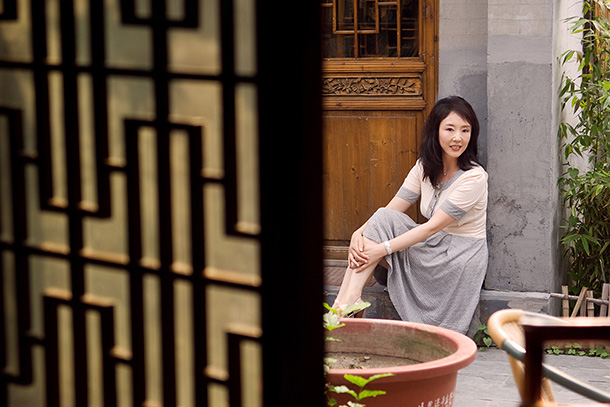 “Chinese life is very unknown to the rest of the world. I have this sense of a mission to introduce it.”

Dance plays a critical part in Geling Yan’s writing. The Chinese novelist and screenplay writer was dancing in the entertainment troupe of the People’s Liberation Army by the time she was 12. She later began writing as a war correspondent.

“As a dancer, I have a better sense of rhythm and tone when I’m making sentences and syntax,” Yan says. “Chinese authors often have a narration that’s very slow paced. My pace is sort of active and fast, which is also influenced by dancing.”

Born in 1958 in Shanghai, Yan has danced her way through the literary world, publishing more than 20 books, which have been translated into nearly as many languages. Although she’s won more than 30 literary and film awards, Yan is nonchalant about all the praise. “I consider myself lucky that my audience likes me,” she says. “But I’m most concerned about the next piece I’m going to write.”

Wanting to earn a graduate degree in America, in part to learn how to write in English, Yan found Columbia College Chicago in a college guidebook. Yan says her writing improved through Columbia’s renowned Story Workshop, where writers sitting in a semi-circle share and critique their work.

Though she finds writing in English liberating, Yan looks to home to inspire her subject matter. “Chinese life is very unknown to the rest of the world,” says Yan, who most often writes about the ways Chinese people manage their lives amidst the state’s regime. “I have this sense of a mission to introduce it.”

Yan’s crossover success with movies is attracting a worldwide audience. In early 2012, Flowers of War was China’s entry for the foreign-language Oscar. The film (at $93 million, China’s biggest-budget movie at the time, and starring Christian Bale) is based on Yan’s heart-wrenching historic novel 13 Flowers of Nanjing. Set in war-torn Nanjing in 1937, where Japanese forces have taken control of the city, the story focuses on a group of Catholic schoolgirls and Chinese prostitutes living together in a church basement.

Like most of Yan’s novels and short story collections, 13 Flowers is inspired by real-life events. “Very seldom do I write things that are truly out of the blue,” Yan says. “I always hear extraordinary stories or sometimes read something in a newspaper.”

Once a news item or historical tale has captured her imagination, Yan researches passionately as her story comes to life.

“I have better days when I write so fluently that I think of myself as a genius and other days where I just push through,” says Yan. But on good days and bad, she’s able to dance between cultures, shedding more light on her own.