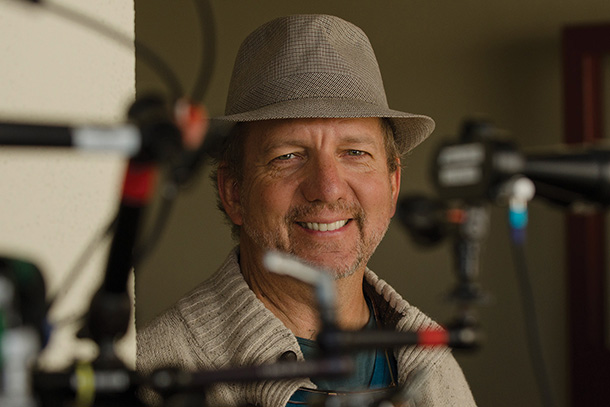 “For cinematography, you’re still left alone to a certain extent. You’re still allowed to have your own say in how things go, almost more than any other aspect of film.”

Born in Chicago and raised in Portage Park, award-winning cinematographer Jeffrey Jur ’77 grew up under the spell of cinema. He chose Columbia for film school because he wanted a “hands-on experience. … I just wanted to go right to the experience of making films.” He has won two Emmys (for HBO’s Carnivale in 2004 and Bessie in 2015) as well as two American Society of Cinematographers awards (for Carnivale and Last Call).

Here, Jur discusses five of his most notable projects.

The Blues Brothers (1980): [After graduation] I worked in Chicago, paid my dues for about six years. I worked on industrial films, commercials. I never worked on feature films [except] The Blues Brothers [with Columbia alumni Michael Goi ’80 and Declan Quinn ’79. I had friends that were electricians and they got me into the project because there were so many people needed. I helped change all the fluorescent tubes in that big mall that they crashed through.

Dirty Dancing (1987): Producer Doro Bachrach, who had seen my work early on, recommended me. I am eternally grateful [to her] for convincing me to do Dirty Dancing when I was considering another project. That was only maybe two years after I moved [to LA]. So, I didn’t have too much of a struggle. In my mind, this is how you do it. You just come to LA, you start working on features, then you get a big hit. I had no idea how amazingly rare and lucky that opportunity was, and I wish I could do it over again because I would appreciate it more.

My Big Fat Greek Wedding (2002): This was a low-budget labor of love for all involved. My job was to make it stylistically natural yet romantic … and to make sure the setting felt authentically like Chicago (although it was shot elsewhere).

Carnivale (2003-2005): Working every day on that show was like the biggest paint box you could ever imagine. You’re designing the photography, and when you’re working on an episodic series, you’re the key person on set that is the through line for all the shows. There are different directors for every single episode … but I’m there the entire time. So I’m working more for the producers and the show runners, and the design of the show really comes from them: What do they want it to look like, what’s the feel? But at some point you’re on your own. The producers expect you to be the one to guide the visual style from director to director.

Dexter (Showtime series, 2012-2013): What I wanted to give them back was the sort of lurid feel of Miami that they were going for in the beginning. … I was a little worried about my sanity, shooting something bloody and nasty every day. I didn’t know how that was going to affect my mood, my personal life. But once I got on the show and realized the humor and tone, I knew I was in the right place.