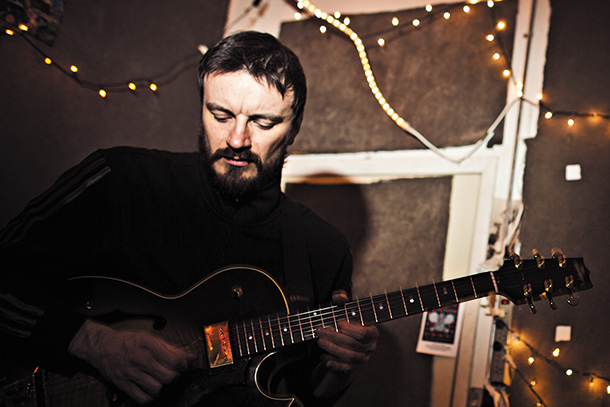 “I was pumped to work with Billy.”

While studying audio arts and acoustics at Columbia, Nikola Dokic had the chance to work with alternative rock icon and Smashing Pumpkins mastermind Billy Corgan on two of his solo efforts. He served as assistant engineer on Corgan’s 2005 solo debut, TheFutureEmbrace, and on the unreleased Chicago Kid. He’s since helped with reissues of classic Pumpkins material and the reformed band’s follow up to 2012’s Oceania, which doesn’t yet have an official release date.

“I was pumped to work with Billy,” Dokic says, though he admits he wasn’t much of a Pumpkins enthusiast when he first started. “After I started working for them, I started to get to know them, and I’m a big fan now.”

Today, Dokic works as a sound engineer at Martha's Music in Chicago, as well as an independent music professional. Dokic previously worked as HiZ Production, Rosehip Records, and as a recording engineer at Pumpkinland 2, the Smashing Pumpkins’ Northbrook recording studio.