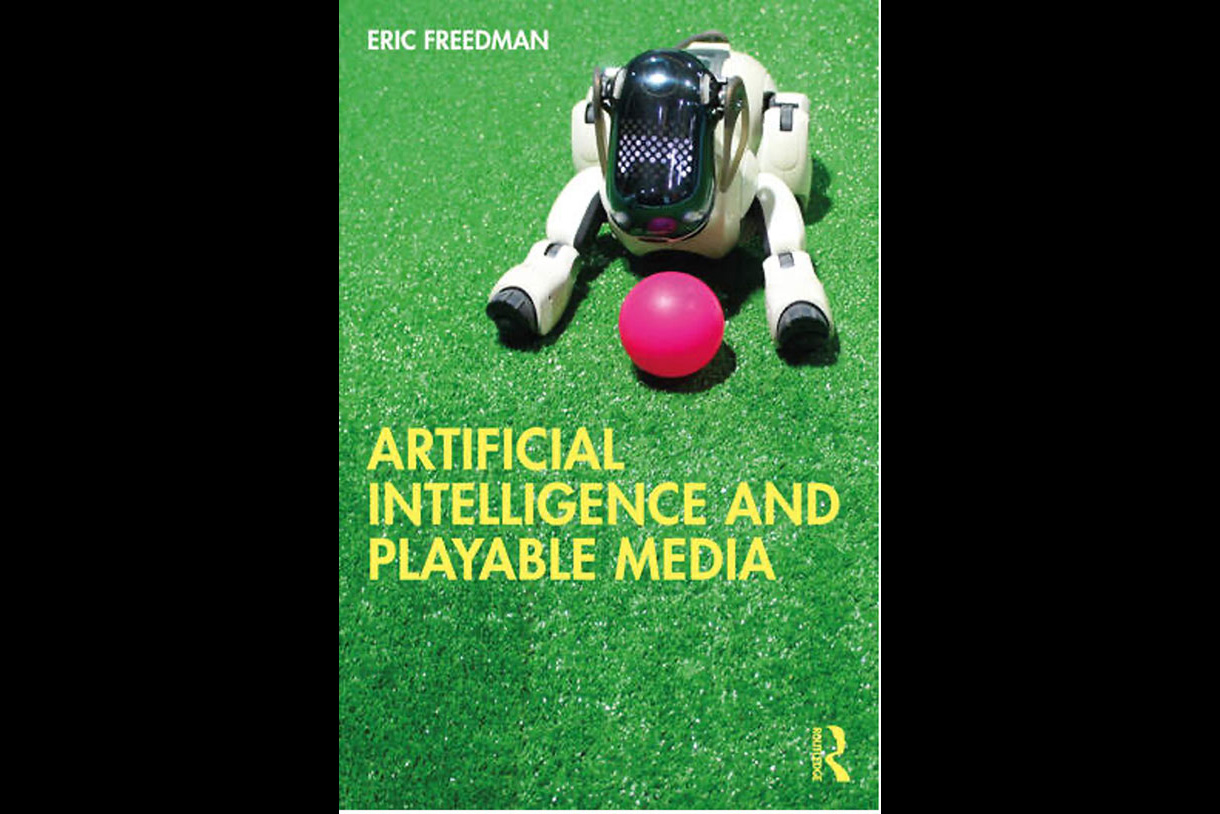 Eric Freedman, professor and dean of the School of Media Arts at Columbia College Chicago, has a new book entitled Artificial Intelligence and Playable Media that will be released on September 2.

Published by Routledge, the book introduces readers to artificial intelligence (AI) through the lens of playable media and explores the impact of such software on everyday life. It came about as a response to experiences related to pandemic isolation and our collective dependence on computer-generated connectivity.

“This book emerged from a very uneasy space as COVID-19 cases were on the rise, during a period that forced many of us into hypermediated states, divorced from others and experiencing the world through the lens of computer-mediated communications,” Freedman says. “As a media scholar, I am always drawn to understanding the information architectures and pattern languages that structure new modes of connectivity. While I turned to video games and other play-centric experiences, such as the Peloton and related connected fitness applications, to restore my sense of community and well-being, this project forced me to consider the value of writing about AI and playable media at a time when many scholars have turned to the more overtly pernicious forms of intelligence associated with data mining, deception, displacement and control. Figures as divergent as Stephen Hawking and Elon Musk have urged us to take AI seriously as a threat to humanity, and have prophesized that an unexpected explosion of machine learning will pose an existential risk.”

Play seems to be one of the easier access points for understanding the AI frameworks that undergird large sectors of our culture, Freedman says. “The central goal of this book is to help media scholars, practitioners and students understand how AI works, to talk about the infrastructures of playable media, to consider AI in relation to personal and collective agency, and to see its influence on visual culture, while foregrounding the cultural knowledges and values that have been associated with public-facing deployments of AI.”

With this book, Freedman hopes to demystify playable media, talk openly about algorithmic culture, and understand how a number of data-driven media systems are variably used for creative freedom and control.

In addition to this book, Freedman is author of The Persistence of Code in Game Engine Culture (Routledge, 2020) and Transient Images: Personal Media in Public Frameworks (Temple University Press, 2011). He serves on the editorial boards of the International Journal of Creative Media Research and the Journal of Communication and Media Studies, and the advisory board of the Communication and Media Studies Research Network. Freedman is also an accomplished media artist and has been an active public access producer engaged with community media practices; his creative work has been exhibited at notable venues in the United States and abroad, including the Museum of Contemporary Art in Miami, the American Film Institute, MIX New York, and Ars Electronica.

To learn more or pre-order the book click here.