Associate Professor Heather Minges Wols on Her Love of Teaching, Students, and Research 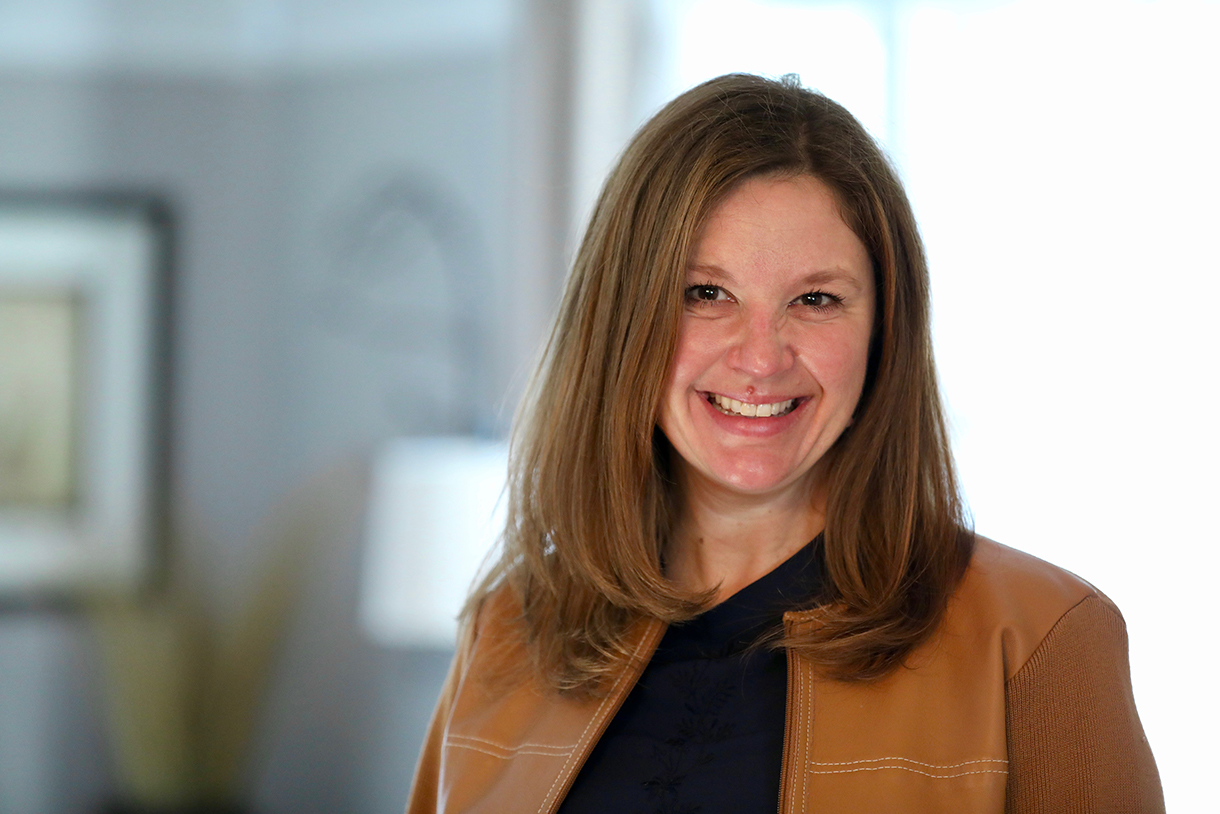 Associate Professor Heather Minges Wols has been around teachers all of her life. In fact, both her parents were teachers. But following in her parents’ footsteps was not her original plan.

Raised in a small farm town, Minges Wols entered her small liberal arts college with plans, like many college students with a love for science and a desire to help others, to declare a pre-med major and attend medical school.  But in her junior year, Minges Wols was inspired by a new professor, who challenged her students to go beyond memorizing material, and think through and question scientific data much more critically. “It just really excited me in a way that I hadn’t experienced before. That’s when I decided that I didn’t think medical school was the right path for me,” Minges Wols remembers.

Her passion for asking questions, analyzing data and figuring out potential solutions only grew as she pursued her PhD in Immunology and Microbiology. Upon earning her doctorate, Dr. Minges Wols started her teaching career at a small college in Lake Forest, which offered her an opportunity to combine her love of lab work with teaching undergraduate science students. She quickly discovered while she “did love science, (she) really, really loved teaching.” That same excitement for asking questions and posing solutions she was inspired by in college, she was now building in her students. After a short two-year stint teaching in Lake Forest, Minges Wols landed her job at Columbia College Chicago.

Minges Wols fell in love with teaching at Columbia during her very first course. “The students were so awesome and engaged,” said Minges Wols. “There was this sort of small college feel in this large college in the middle of a city, and I just really loved the students.” She found Columbia’s diverse and creative student body to be receptive to a more creative and personal approach to teaching. “What I love, and I think would be hard to ever go away from at this point, is the way that often (our students’) minds work so differently than your traditional pre-med biology student,” said Minges Wols.

Minges Wols weaves current events and the arts into her courses. She’s used the COVID-19 pandemic to help explain the scientific process and encourage critical thinking and scientific literacy in her courses. Minges Wols incorporates art organically – whether it’s discussing ways in which microbiology can help restore art or discussing new art exhibits, plays and films, or books in her “Biology of Aids” class. Currently, she’s starting each “Biology of AIDS” class with music and a bio from musical artists who lost their lives to AIDS-related complications.

Minges Wols passion for lab work continues as well. In 2017, she started a lab and area of research at Columbia focused on understanding the role of the microbiome in reproductive fitness of Drosophila melanogaster (the fruit fly). Prior to 2017, Minges Wols had been collaborating with a colleague at Loyola Medical Center, conducting research on bone marrow in mice, when her colleague retired. Needing to set a new direction, Minges Wols switched her area of study to focus on fruit flies in collaboration with Associate Professor Julie Minbiole at Columbia. The move offered another opportunity to face a challenge and grow. “At 40-something years old I completely switched my research agenda. I had to learn a completely new set of literature, and I had to learn completely new techniques because Drosophila are much smaller than mice!” said Minges Wols.

When asked to offer advice for current and prospective students, Minges Wols recommends that students shouldn’t be afraid to change their focus, even if it’s later in their college career. “Even if it's scary, you may end up doing something that you're going to be so much more passionate about.” Following her passion and remaining open to change led her to a career she loves at Columbia. “It's going to be far more rewarding than sticking with something for the sake of sticking with it,” she says. Minges Wols added, “On a separate note I also say have fun, because college is just such a unique time.” Lastly, if students are interested in science and math and how it can intersect with their interests, Minges Wols asks that they reach out to the professors for help and support.

When Minges Wols isn’t in the lab or teaching, she loves playing tennis, reading, and enjoying nature, and keeps very busy being a mom of twins and a newly rescued dog.