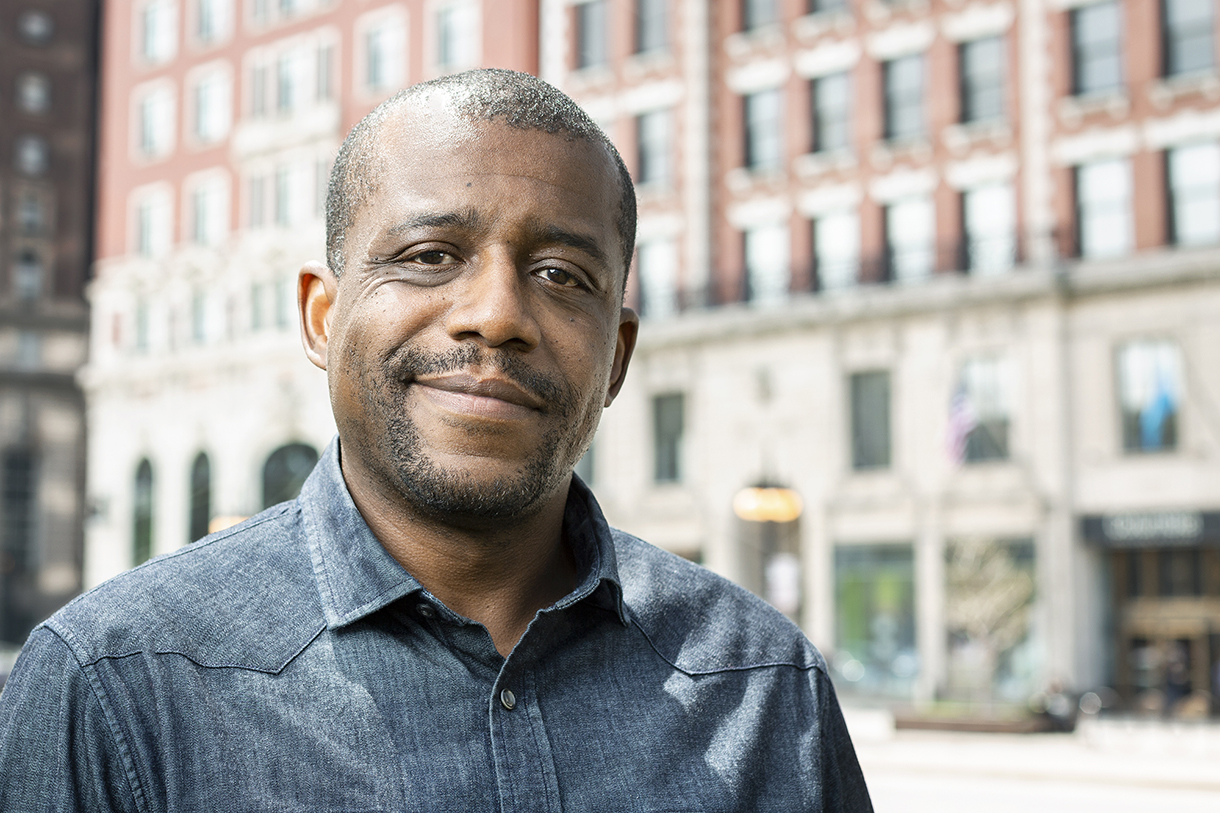 Associate Professor of Humanities, History, and Social Sciences, Robert Hanserd, discusses some of the cross-departmental events he is participating in this semester.

Associate Professor of Humanities, History, and Social Sciences, Dr. Robert Hanserd, has never been one to shy away from collaboration. In fact, it’s at the heart of what he does. He is an academic researcher who practices what he preaches in the classroom: encouraging collaboration between students, local arts organizations, and even the greater community of talented artists in the Chicago area.

Over his career in academics, Hanserd has centered his focus on West African culture and history, and its circulation throughout the Atlantic World (West Africa, America, and Western Europe). His research interests include inquiry of Africa diasporas from a range of interdisciplinary, historical, and cultural settings, study abroad programming, multi-media research and production, and public history. During his tenure at Columbia, he’s has contributed to countless events and programs, including coordinating the Black World Studies Minor, co-founding the annual Black Arts Festival, and curating events for the college’s Center for Black Music Research.

This semester, Hanserd is presenting the Archives Alive series in collaboration with the Columbia College Library, along with Associate Professor Rami Gabriel PhD, a former CMBR Fellow (2015-2016) whose research focused on the relationship between west African music, Muslim music, and Middle Eastern music.

This event, part of Columbia’s Archives Alive series taking place throughout the 2021-2022 academic year, will present materials drawn from the archives of the CBMR. These events will be hosted by two professors and students each month from 6-7:30 at the Center for Black Music Research, located at 618 S. Michigan Ave. On Thursday, February 24, Hanserd and Gabriel will co-host a presentation and discuss traditional West African music from Columbia’s CBMR archives, along with two Ghanaians who reside in Chicago.

He stresses the significance of this free and expansive archive, which he says, by design, intersects will all the kinds of research into culture, and looks in a critical way at the process of creating music as part of the African diaspora. “In all of my classes I’ve tried to, in some way or form, engage students into taking advantage of the Center,” said Hanserd.

Archive Alive is also part of the Collective Impact series, which will also feature a collaboration with Columbia’s film school during "Sankofa Week" to highlight the re-release of the film in 2022. Organized by Ted Hardin, Associate Professor in Cinema and Television Arts, Sankofa Week screens Haile Gerima’s film “Sankofa” and offers sessions on the African diaspora, memory, and divergence from Hollywood.

Hanserd is among the several Columbia faculty members who will serve as panelists during Sankofa Week; also including Jennifer Sadler, Karla Fuller, Zoran Samardzija, Patrick Friel, and Mehrnaz Saeed-Vafa, as well as Chicago documentary filmmaker Rachel Gadson, Chicago film critic E-Man, and Troy Pryor from Creative Cypher. You can register here for any of the week’s screenings and events.

Throughout campus, with the abundance of cross-departmental events like these, and the countless faculty members like Hanserd who foster teamwork, it's clear that collaboration is at the core of Columbia’s community. To get involved and to learn more about upcoming events, visit our Events Calendar.