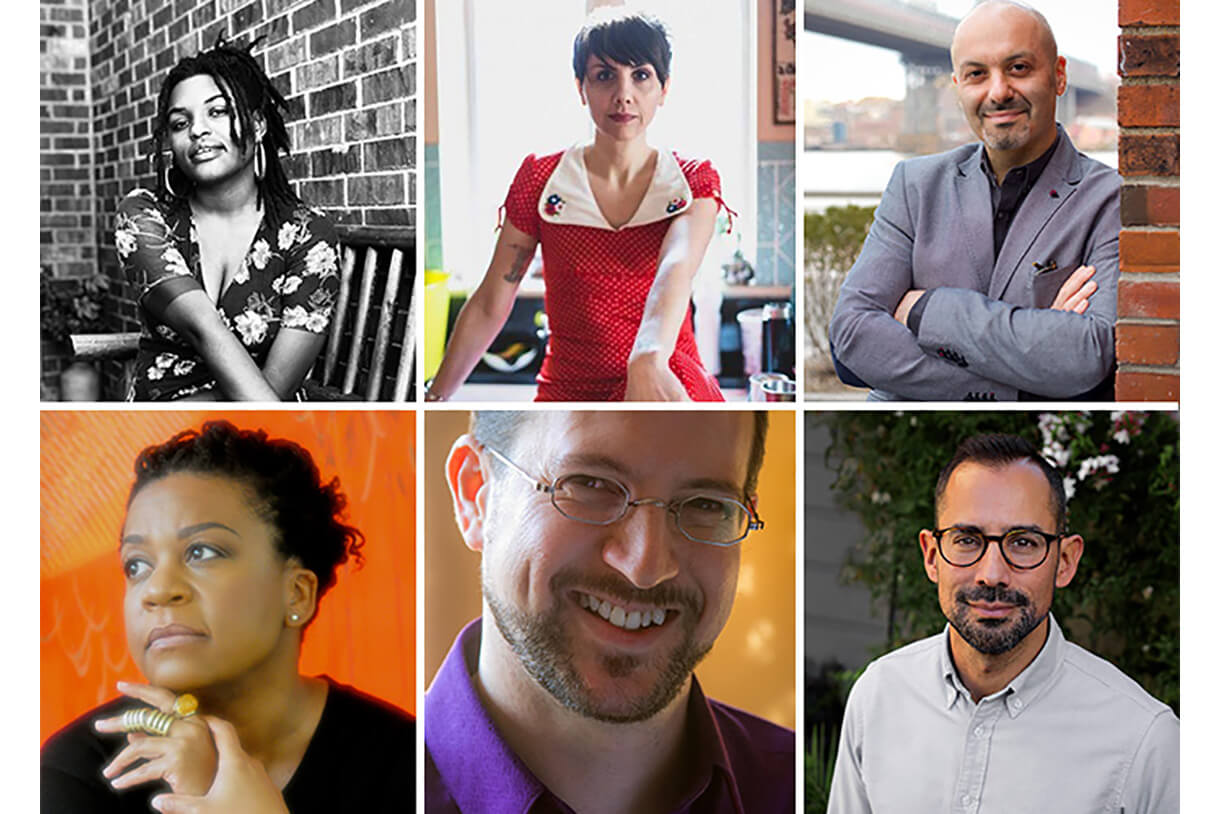 CHICAGO–January 25, 2019. Columbia College Chicago today announced its Spring 2019 Reading Series lineup, presented by the college’s English and Creative Writing Department, and includes award-winning writers working across genres and forms. The series kicks off February 13 and is free and open to the public.

"The Spring Reading Series will present writers who ask us to confront the limitations of borders, literary and otherwise,” said Creative Writing Professor Joe Meno. “From Kevin Brockmeier's imaginative, genre-breaking short stories and novels to Parneshia Jones' powerful, intimate poems to Jessica Hopper's lyrical, music-inspired memoir to alumni Kendra Allen's collection of essays, the series will give the college community the opportunity to engage with award-winning writers who question the narrow definitions of identity, culture, politics, and place."

Kevin Brockmeier is the author of the novels The Illumination, The Brief History of the Dead, and The Truth About Celia; the story collections Things That Fall from the Sky and The View from the Seventh Layer; the childrens novels City of Names and Grooves: A Kind of Mystery; and, most recently, a memoir of his seventh-grade year called A Few Seconds of Radiant Filmstrip. He has published his stories in The New Yorker, McSweeney’s, Zoetrope, Tin House, The Oxford American, The Best American Short Stories, The O. Henry Prize Stories, The Year’s Best Fantasy and Horror, and New Stories from the South. In 2007, he was named one of Granta magazine's Best Young American Novelists.

Randall Mann is the author of four poetry collections, most recently Proprietary (Persea Books, 2017). His book of criticism, The Illusion of Intimacy: On Poetry, is forthcoming from Diode Editions in 2019. He is the recipient of the Kenyon Review Prize, the J. Howard and Barbara M.J. Wood Prize from Poetry magazine, and is a three-time finalist for the Lambda Literary Award. His writing has appeared in the Washington Post, San Francisco Chronicle, Paris Review, Poetry, and Lit Hub.

Boris Fishman is the author of Savage Feast, a family history told through recipes, and the novels A Replacement Life and Don’t Let My Baby Do Rodeo, both of which were New York Times Notable Books of the Year. He is the winner of a VCU Cabell First Novelist Award and the American Library Association’s Sophie Brody Medal. Fishman lives in New York City and teaches in Princeton University’s Creative Writing program.

Parneshia Jones is the author of Vessel: Poems (Milkweed Editions), winner of the Midwest Book Award. Jones has been honored with numerous awards including the Gwendolyn Brooks Poetry Award and currently holds positions as sales and community outreach manager and poetry editor at Northwestern University Press.

Jessica Hopper is the author of Night Moves, a music memoir published by the University of Texas Press. She is also the author of a book of music criticism entitled The First Collection of Criticism by a Living Female Rock Critic. Her writing has been featured in SPIN, GQ, Rolling Stone, and Buzzfeed. She has also worked as an editor for Rookie, Pitchfork, and MTV News. Hopper lives and writes in Chicago.

Kendra Allen ’17 is a Dallas, Texas native and the author of the essay collection When You Learn The Alphabet from University of Iowa Press. Her writing has appeared in The Rumpus, Brevity, December, and Frontier Poetry. Allen is an alum of Columbia College Chicago and is currently a second year MFA student at the University of Alabama.

Columbia College Chicago is a private, nonprofit college offering a distinctive curriculum that blends creative and media arts, liberal arts, and business for nearly 7,000 students in more than 100 undergraduate and graduate degree programs. Dedicated to academic excellence and long-term career success, Columbia College Chicago creates a dynamic, challenging, and collaborative space for students who experience the world through a creative lens. For more information, visit colum.edu.