Melding Passions Leads to a Career in Music Journalism 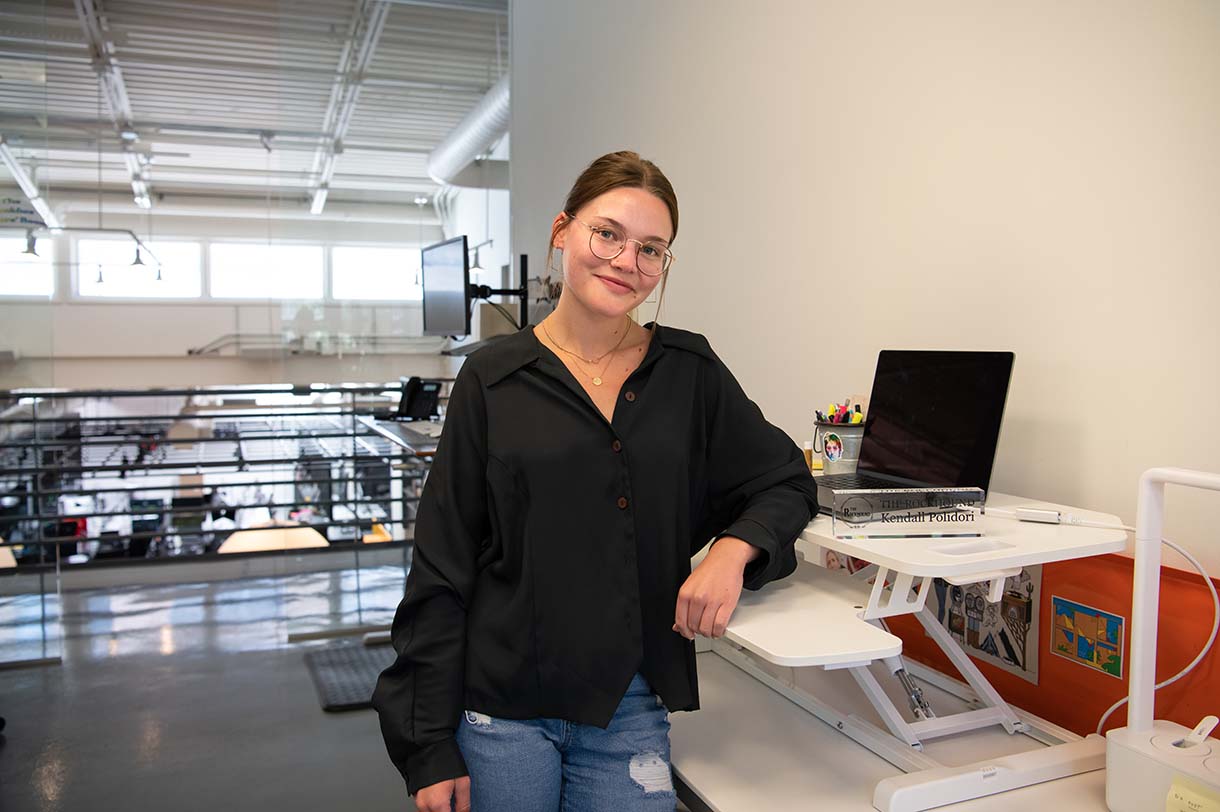 Kendall Polidor '21, a Columbia College Chicago Journalism alum, is currently an associate editor and writer at "Luckbox" Magazine.
Alum Kendall Polidori ’21 reflects on discovering her career while at Columbia.

Some students set off for college with a clear vision of what they want to accomplish and who they want to become. Others take the leap without knowing where they’ll land. And some, like Jounalism (News and Features) alum Kendall Polidori ’21, start in one place and, thanks to the people they meet, the experiences they have, and the passions they explore, end up somewhere incredible – but not exactly where they expected.

Today, Polidori is an associate editor and writer for Luckbox, a business-driven magazine targeted toward traders and investors. But rather than write about stocks and trading strategies, Kendall’s work focuses on music. In fact, she has her own monthly music column and interviews musicians, and reviews live shows as well as writes about music in the context of issue themes such as education and the outdoors.

“Music and writing are my two passions,” Polidori says. “To realize that I could meld these together in a career was huge for me.”

When Polidori started college, though, magazine writing wasn’t in her sights. In fact, neither was Columbia nor writing about music. She started school in Michigan studying multimedia journalism, but the lure of a bigger city and the writing opportunities it afforded proved irresistible. “I definitely wanted to be in a city like Chicago, where there's just so much going on,” she says. “There's no limit to the stories that you can cover.”

At Columbia, she served as co-editor in chief at Columbia’s student-led newspaper The Columbia Chronicle her senior year and majored in journalism with a minor in photography. Here, Polidori discovered her strengths as a writer and found that she enjoyed writing more long-form pieces as opposed to hard, breaking news stories. “Once you start studying at Columbia, you start taking so many different classes and are exposed to so much. I ended up realizing I was more suited for magazines even though it wasn’t my major,” she says. “I liked to be more creative in my writing. So even though I studied and wrote hard news while at Columbia, I had opportunities to write other kinds of pieces and I ended up going into magazines.”

Polidori credits the Chronicle faculty advisor Curtis Lawrence and Travis Truitt, general manager of the Chronicle, with helping to build her confidence as a writer. At the Chronicle, she covered local news as well as music.

“The first music story I wrote was at the Chronicle, and I thought ‘am I able to cover that?’ And the editor told me to just reach out to the band for an interview. I was blown away that I was able to do that,” Polidori says. “It was just crazy to me that as a 19-year-old, I was able to go to a concert, interview a band, and then write about it. It was so fun to me. I thought, ‘This isn't even work.’”

Music critic and journalist Jim DeRogatis, who just happens to be an associate professor in Columbia’s English and Creative Writing program, also inspired her. When it became clear that Polidori wanted to pursue music journalism specifically, she expanded her knowledge about music as much as possible. And before ever taking a class with him, Polidori reached out to DeRogatis by email and began to network with him. “I admired him so much as a music journalist,” she says. “I finally took classes with him my senior year, which really confirmed for me that I wanted to go into music journalism. I probably took all the writing classes that he offers. Even now, I will still email him and ask him questions; he’s been such a great role model for me.”

Columbia also gave Polidori the opportunity to learn about the music business. While not a requirement of her journalism degree, an eye-opening music business course taught by Kent Anderson gave her useful industry insights.

“At Columbia, you meet so many different people and can work on these projects with them. And that's how the real world is,” she says. “You're not just stuck in your little bubble and you're not just working with journalists all day. You're working with people in various fields who have different knowledge and different experiences than you. That’s what Columbia really offered for me.”

An internship with Luckbox, which she found with the help of Columbia’s Career Center, proved instrumental as it ultimately led to an offer for a full-time job prior to graduation. Her first assignment as a full-time employee: covering Chicago’s four-day music festival Lollapalooza.

“I just love what I do and I'm very, very passionate about it,” she says. “Every day I'm still blown away that this is my job and that I'm getting paid to do the things that I'm doing.”