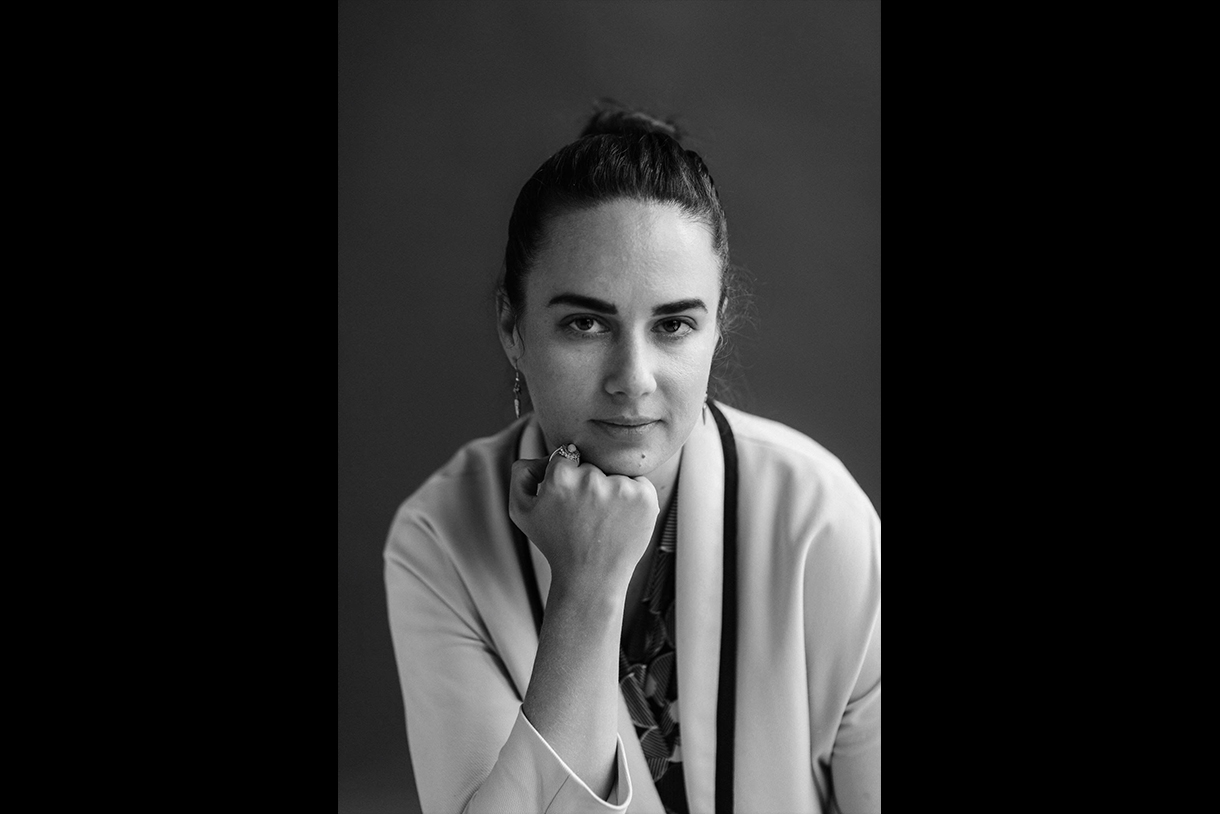 Kseni Avonavi
Obstacles aplenty lay before filmmaker Kseni Avonavi on the path to her dreams. This is her story of resilience, persistence, and success.

Kseni Avonavi came to the United States from Russia to study film at Columbia College Chicago. Already well trained, she, like many of the characters she brings to life, faced what many might consider to be insurmountable obstacles: a lack of money, resources, and connections to the industry. Instead of slowing her down, those factors galvanized Avonavi and encouraged her to get as much set experience as she could. They also motivated her to go after her dream of creating meaningful stories that speak to the heart of her viewers. She has found success: her Columbia College Chicago MFA thesis film, “Jack and Anna” won the Best Global Short: Beyond the Rainbow Award at the SCAD Savannah Film Festival. She sat down with us to discuss her unique path in a challenging industry.

What first sparked your interest in becoming a director?

I have been in love with film since my childhood. Not so long ago, I asked my mother if she remembers the moment when I started talking about becoming a filmmaker. She told me that she does not recall hearing anything from me [when I was very young] besides “Hollywood.” As far as I remember, I have been watching [films] since I was 3 or 4. I watched a lot of animation. Disney was my favorite, but I also loved Japanese animation and, of course, Soviet cartoons. Later I started watching movies. I watched classical Hollywood films, comedies, French, Italian cinema. Amadeus by Milos Forman was one of the first movies I watched, and I was obsessed with it. Another film that influenced me a lot was The Piano by Jane Campion. As I said, I got this “disease” when I was a kid and [even] today, I don’t think I want to do anything besides filmmaking. There were so many obstacles in my life that made me feel as if my dream would never come true, but I never gave up.

What made you choose Columbia College Chicago?

I loved the opportunities Columbia offered... the reason I choose Columbia was the full tuition assistantship. When I applied to the programs in the US and Canada, I had no idea about how I would pay for my [program]. Like many students, I had no money. My family lost everything in the 90s’ during the devaluation and since then we were very poor. So, getting a degree abroad was an almost unattainable dream. I am very grateful to Columbia for this [once-in-a] life-time opportunity.

You have a unique experience as someone originally from Russia now making films here. How have your transnational experiences informed your work?

All my films and ideas are influenced by my life experience. My characters usually face almost insurmountable life circumstances, and they must fight for their happiness and freedom. This is how I have been feeling throughout my life. Most of my characters are outsiders. They are not respected either by society or by their relatives, or both. I do believe that I have been shaped as an artist thanks to the challenges I went through.

Have you taken any classes or had any mentors who have helped you along your path?

So many people have supported me and keep supporting me. My biggest mentor is my mom. She is the one who has been believing in my talent and supporting me as much as she could. Back in Russia, when I studied at VGIK (The Russian State University of Cinematography), there were 3 teachers,  that in my opinion, shaped my craft – Vitaliy Sidorenko (producing), Vladimir Fenchenko (editing) and Oleg Kavun (acting). At Columbia I was lucky to have so many people who helped me and keep helping me, but first – Michael Caplan, Wenhwa Ts’ao, David Tarleton, Eric Scholl, Cari Callis, Jeffrey Smith, Dan Rybicky, Joe Steiff and so many others. One more person I wanted to mention is Marianna Yarovskaya, she is a documentary filmmaker whose last film Women of the Gulag was shortlisted for the Academy Award in 2018. We have met at the Cannes Film Festival back in 2014 and since then she has been my mentor and industry guide.

Your short film “Jack and Anna” has been incredibly successful on the festival circuit! Can you talk a little bit about how you first got the idea for the project?

It was in the summer of 2017. I was an intern on [Director] Steve McQueen’s set – he was filming Widows here in Chicago. It was an incredible opportunity and an honor for me. At the same time, I was trying to find an idea for my thesis. I looked through so many potential stories, but nothing quite captivated my attention. Eventually, I saw a trial record on the internet. It was the trial of a young woman, Helen who was accused of cross-dressing and same-sex marraige back in 1913. It captured my attention immediately. From the very beginning, I knew that this would be my thesis. I thought that it was an important story to tell and I had a strong emotional connection to it.

What was the biggest challenge that you overcame during its production?

There were so many challenges. “Jack and Anna” was an ambitious project that required so much time and effort to be made the way I wanted. My co-writer, Savannah, and I spent several months developing the script. I know that I would not have been able to develop it without her. Moreover, we needed to find money for the project. We applied to multiple funds and we won a few grants. Additionally, finding locations, costumes and props was quite a journey. Most importantly, I needed to find my crew and cast. It was a challenge. I believe it always is. Finding the right people to bring a film to life is one of the keys to success and I was lucky to find all these super-talented people who supported my vision.

You’ve also worked on a number of professional sets in Chicago, notably “Chicago Med” and Widows. What did you learn from those experiences?

I learned once again that film/TV production is all about collaboration. You cannot be successful on your own. As a director, you need to find the right people who support you and follow you. You also should take care of your people. Be responsible, be respectful, and kind to your crew. Steve McQueen is not only an extremely talented artist, but he is also a very generous person with a big heart. Everyone on his set knew that and I will always remember [that set as] one of the best production experiences in my life. Working on Chicago Med in the location department was a lot of fun. You must be super organized and have really good communication skills to work in the location department. I am very grateful to both productions for the experiences I gained.

What is next for you, creatively?

My biggest passion at this moment is the development of an independent feature screenplay. I am working again with Savannah. All my creative energy is going into this project that is now in its very early stage. I am very excited about it.

The only two pieces of advice I have for people who want to take this path are to be patient and be persistent. This business is very competitive, and it is especially challenging for people who have no connections in the industry and no money. I do believe that everything is possible. There are good and bad days. There are days when you feel that your career goes up and down. Humor can help a lot (it helps me) and you just need to believe in yourself and never give up.